Chronicles from Italy: Life in Milan under the Quarantine

Home » TRAVEL EXPERIENCES » Chronicles from Italy: Life in Milan under the Quarantine

Maybe you’re curious about how life is in Milan under the quarantine. Maybe not. But this is such a unique time (for the good and the bad). So, I thought about writing these chronicles from Italy. And how life is in Milan as we are quarantined. I felt like sharing how you feel when you get a grasp on what should have been clear long ago. We can’t control everything. And I firmly believe that hard times are also an opportunity to think about the real values in life. 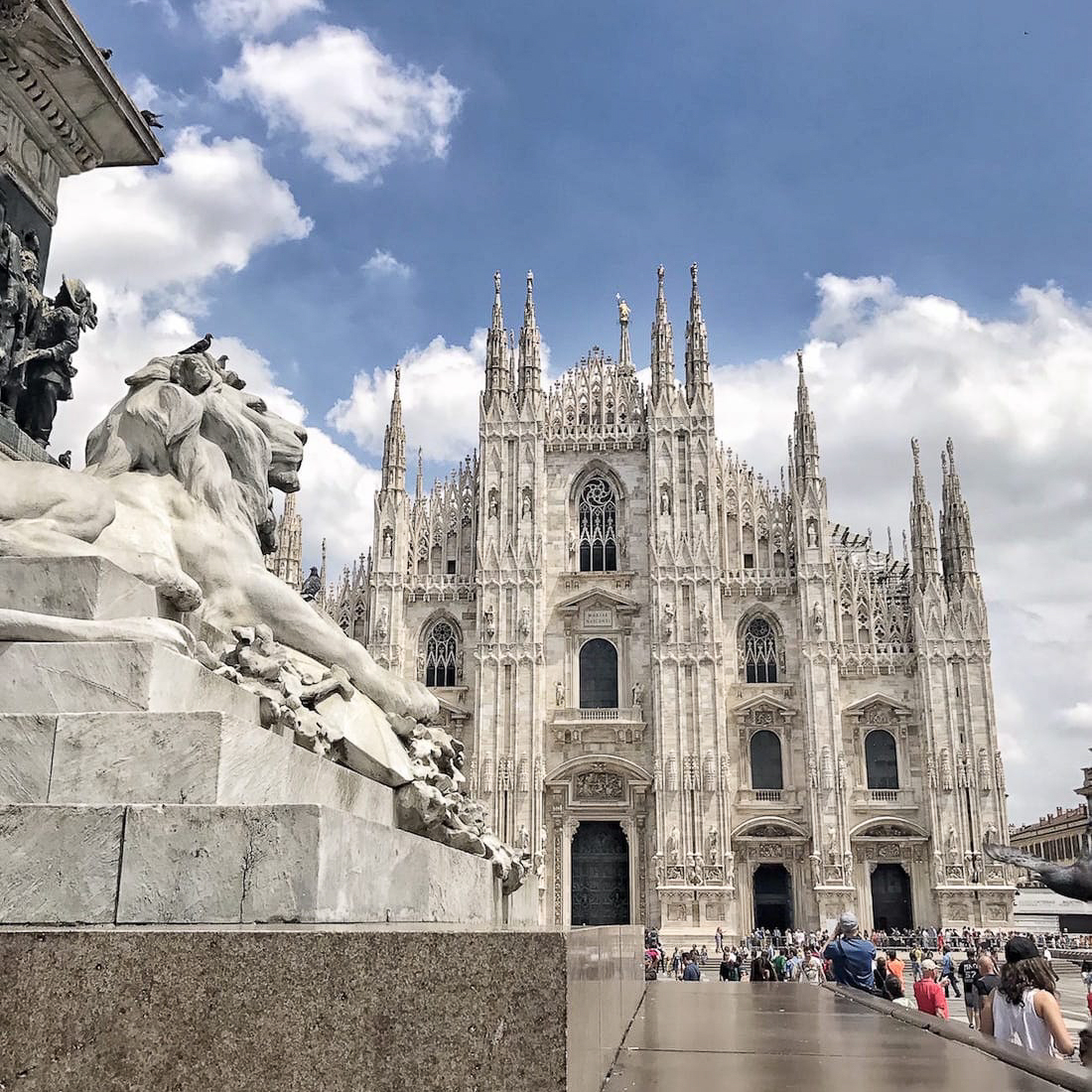 The moment we all hoped would never come, the event we all dismissed as impossible, materialized on a Saturday night. I was spending the evening with my best friend, Stefano, who lives in Geneva and had come to Milan during the weekend to visit his family and his father, gravely ill. We had just entered an almost empty restaurant to have a bite when the news came. According to the media, the Government would soon approve a decree to quarantine Milan, the Lombardy region, and other areas where the Covid-19 was spreading fast. Too fast.

One thing is the closing of cinemas, theaters, gyms, and other spaces for social aggregation. But being confined in an area, albeit significant, unable to travel around, is another story.

We thought that Milan, Italy’s financial center, would never be locked down. We were wrong.

I confess that at first, I underestimated the power of the Coronavirus. The truth is that I thought that avoiding large gatherings, and common sense precautions would be enough. But the reality is that the spreading occurred at an alarming rate. And the people reacted in two opposite and equally extreme ways.

Many panicked, heading to the supermarkets, stockpiling goods like mineral water, pasta, and toilet paper as if the third world war was about to be declared, Other people defiantly ignored the issue, gathering and crowding small spaces to socialize. Most of them are teenagers and young boys and girls. It’s understandable. That’s the age when you feel invincible and immortal. I don’t judge them because I was the same.

But here’s the point.

The repeated calls to responsibility were too often dismissed with a shrug. 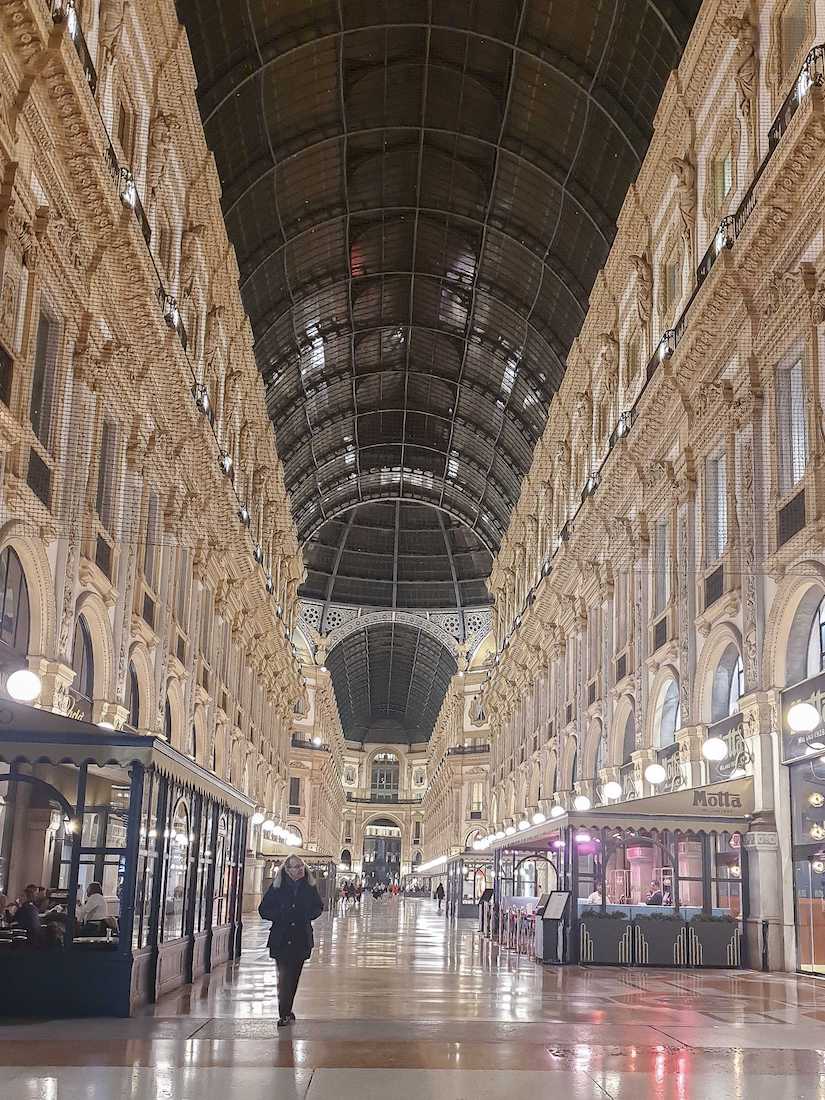 The Government approved the Decree, so here were are. Quarantined until April 3, 2020. Not only unable to travel outside Lombardy, except for serious reasons. We are also asked not to leave our province of residence. To give you an idea, that means that if I wish to spend a day hiking above Lake Como, I can’t. Nothing to complain about. Health is the priority, has to be the priority, but it certainly feels weird.

I call my nephew, a wonderful boy who has Down Syndrome, and who I was supposed to join in the coming days in Florence. After that, we had planned to go skiing together, something he’s been looking forward to so much. I try to explain to him what is happening, and that we won’t be able to have our ski holiday this year. I’m saddened since I know how much joy skiing with his aunt brings to Ludo. But there’s nothing we can do about that. And we’ll try to a different exciting experience as soon as possible.

First day of quarantine in Milan

I go out to buy some groceries and get a first taste of what the newly approved restrictions mean. The first glimpse of life in Milan under quarantine. People are queuing outside the supermarket because only a limited number of people are allowed inside at the same time. I get in and buy the few things I need. As I approach the cash counters, a kind man is checking that people keep a reasonable distance between one another, and don’t rush to pay and leave.

It’s Sunday. Only a few people stroll in the streets of Milan’s historical center. It is not yet clear how the measures related to the quarantine will be implemented, but it looks like people are slowly getting that during at least four weeks, life won’t be the same.

I have the privilege of living in a tiny studio close to the center of Milan. The building is in a narrow and short alley, ending up in a small park. There are only a handful of people around, mostly walking their dog, a few sitting on one of the benches.

Around lunchtime, I take a break and head out for a walk. I don’t mind keeping distances from other people, but I certainly enjoy stretching my legs and breathing some fresh air. Most cafes and restaurants are empty. Some are lucky enough to have a few customers, and a decent amount of space between one another is not an issue.

Milan, so empty to seem unreal

I walk towards the Cathedral, counting less than ten people along the way, and even fewer cars. The cathedral square, one of the busiest spots in Milan, is almost empty. Except for the noise from a couple of trams, Milan is incredibly silent. I love Milan in August when many locals are on holiday, and everything is more enjoyable. But now, it feels surreal. Unnatural, in an otherwise busy, productive, and joyful city.

I consider myself lucky. First of all, because I’m healthy (at least, so far), so are my mother, my brother, and his family. And I’m single. Indeed, my friends who have children have a harder time coping with the quarantine. With schools shut down and most people working from home, it must be hard to find a balance. I wonder if our current life in Milan under the quarantine will modify our lifestyle in the future. Hopefully, for the better.

From Milan to the rest of Italy

As I write, I’m watching the extraordinary press conference, where the Prime Minister announced the extension of the rules applied in the so-called “red areas” in northern Italy to the entire country. The new motto is #imstayingathome. No matter the area, everyone must limit their movements to the minimum. And traveling outside the respective city, town, or province is not allowed, with only a few exceptions.

With cafes and restaurants closing at 6 pm, as per the current Decree, and empty roads, it’s impossible to know what the people’s reactions are.

What’s sure is that it’s no more about Milan under the quarantine, but an entire country.

The first thing I notice in the morning is that the parking in front of my home is full. Meaning that people are working from home. Or maybe they’re not working at the moment since many are on “compulsory holiday”.

I spend most of the day writing, and when I feel the need to take a break I mostly read the news. But I also take time pondering on the lesson we can learn from the present situation. My mother sends to me the thoughts of an Italian psychologist. I find them quite deep and can’t help thinking that I share most of them. One paragraph, particularly, strikes a chord. It says:

In a historical time in which discriminatory ideologies and policies, with strong references to a grim past, are expanding all over the world, there comes a virus overturning the paradigm. The virus makes us experience that, in a moment, we can become the discriminated, the segregated, those stuck at the border, those carrying a disease.
Even if we are not to blame.
Even if we are white, westerners and we travel in business class.

As I read, I hope that the personal and economic strain that the Covid-19 is exerting on Italy will lead to more solidarity and compassion. I can’t forget the lack of empathy from many Italians toward the refugees.

It’s hard to me to see how day after day Italians are barred from traveling abroad, considered plague spreader. I understand that it’s essential for every country to adopt all the necessary measures to contain the spreading of the Coronavirus. But since it’s no one’s fault, this should make anyone think about the many people around the world fighting against wars and oppression, seeking a safe harbor abroad.

A little before sunset, I go out for a walk. I head toward the canals (the Navigli). 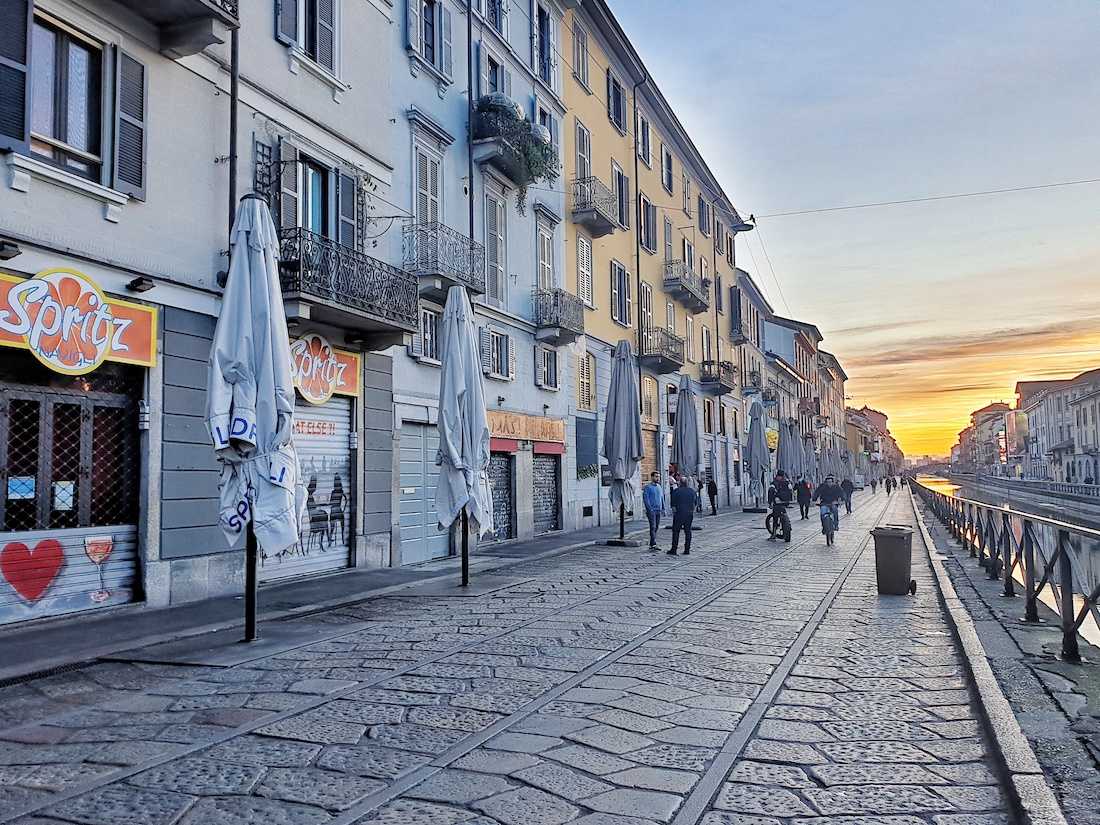 If you visited my city in the past, then you know that this is one of the top areas in Milan for nightlife. At 6 pm, all cafes and restaurants are closed, observing the regulation on the curfew. There’s no trace of what we call the “Milano Movida.” Like me, a few people are having a stroll, never more than three together. A stroll is all we have left, and I want to get the best of it. I am enjoying the calm and silence.

On the way back, I walk by a small supermarket. A few people are queueing outside, waiting patiently as only a limited amount of people are allowed inside at the same time. To someone like me, used to get in and quickly grab the few things I need, it feels a little awkward, but no big deal. 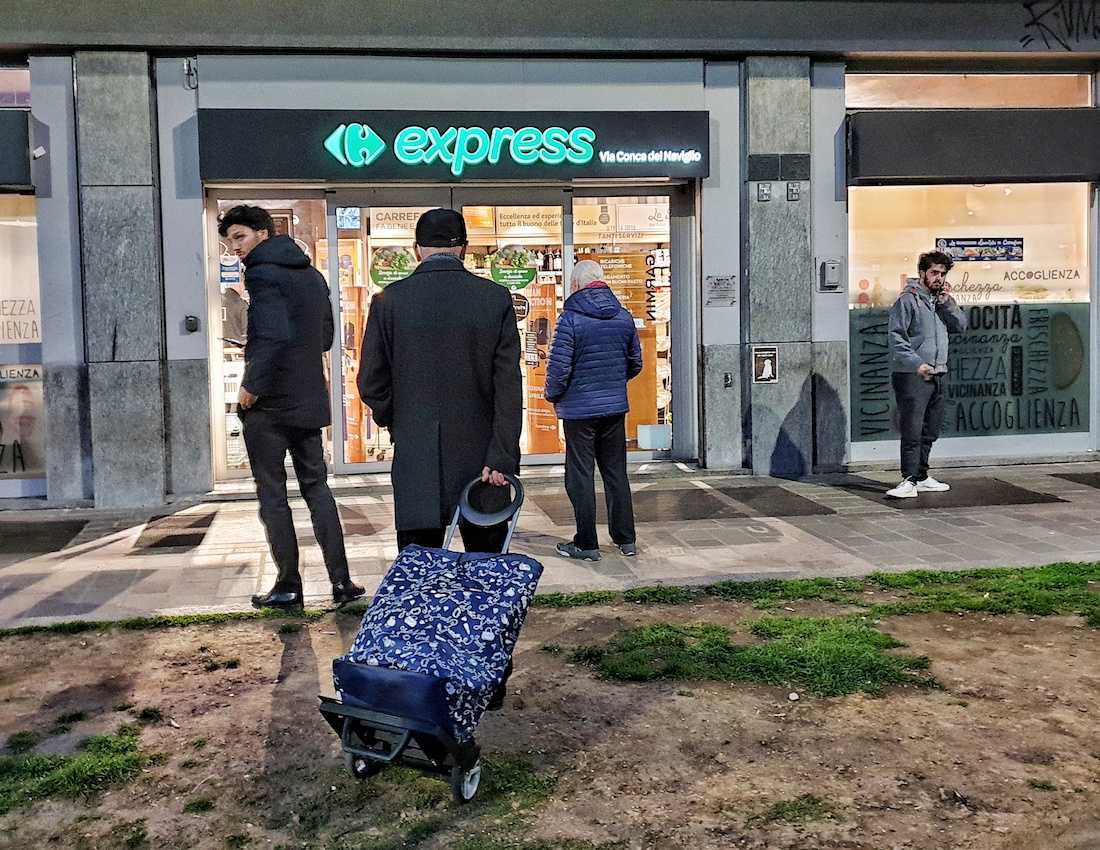 I guess we’ll have to get used to that. It’s part of keeping distances. And so far, at least in Milan, most people seem to be ready to accept the temporary new rules and to behave accordingly.

Stay tuned for the day-by-day updates

Best Things to do in Coimbra, One of the Most Beautiful Portuguese Cities
Next Post: The Most Scenic Train Rides in Switzerland. How to Discover the Best of the Alps