Dumb-ass tourists are nothing new, but I have a feeling that their number is painfully increasing.

When I was a teenager, traveling was mostly a privilege of the so-called developed, First World countries. Going abroad was expensive, flying overseas a luxury thing, budget options were very limited, and road-trips in nearby areas or countries used to be fairly common.

Then came the airlines’ deregulation (starting from the late 1970s), making long-haul flights accessible and allowing more people to travel farther. Lastly, the fall of Communism in many countries and the development of nations that once were part of the Third World meant a new distribution of wealth and a more diversified tourist base.

Some say that “travel makes you a better person”. Sadly, it’s far from being true.

The arrival of tourists from Russia, China, India, and other emerging countries was seen as a blessing by many destinations. As a traveler, I found it interesting to mingle with people from all over the world, to observe different travel styles, interests and tastes.

Sometimes, however, the huge number of tourists from one nation becomes a little puzzling. When I strolled in Interlaken, one of the top destinations in Switzerland, there were so many Chinese in the streets that I sometimes wondered if I was really in Switzerland. At Glacier3000, in Les Diablerets, at least half the people were Indians. And a few years ago Sharm-el-Sheik, a seaside resort in Egypt which was very popular with Italians, started to be flooded with Russians. From a sort of Italian colony, it had become a Russian one, and both imprintings largely offset the local charm.

But there was a but.

The environmental impact, and the human one, often linked.

A lot has been written on the importance of responsible tourism, but I don’t recall having read much on the negative side effects from a human point of view.

Who are moronic tourists?

The answer is fairly simple: whoever (regardless of nationality, color, religion, age and sex) does not respect the local people and culture.

Respect should be obvious, something part of our DNA. The truth is that it’s a matter of education and culture. And it has nothing to do with money.

There are many clichés, and like all clichés, they show only one side of the coin.

Chinese spit, are loud and often rude, and apparently, have issues in using western toilets. Russians are often drunk and rough. Americans are loud. And so on.

The fact is that jerks are global, and fairly widespread across the world, with perhaps Japanese and a couple of others as exceptions.

I’ve seen people walking (yes!) on the coral reef, others being bad-mannered with waiters. I spotted countless times tourists leaving garbage behind on the beach or in the forest, even throwing bags in the ocean from a sailing boat. People partying and making noise until very late at hostels, and guests talking loud at hotels in the middle of the night are quite common. 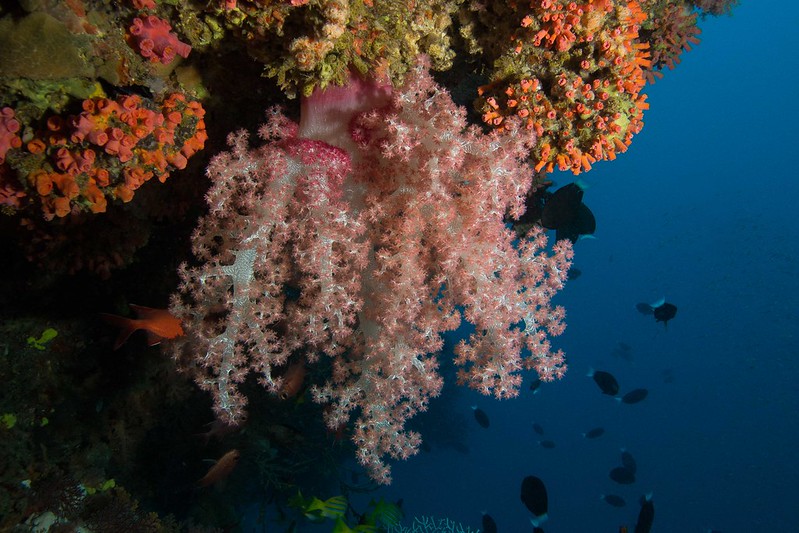 People talking loud amid a stunning landscape are a plague, and they end up spoiling the immense natural beauty which only needs silence.

Then, there are the ones who can’t help “taking a souvenir” back home: special sand, pieces of corals, prohibited items from smugglers.  Or the vandals defacing landmarks by engraving their names or initials, believing this is just an “innocent game”.

And how about the tourists who are drawn to a country only because they can have easy sex, taking advantage of the local poverty?

And no, these people are not only Chinese, Russians and Indians. They’re European, American, Australian.

These latter make me even angrier because they’re not new to travel and they should know better.

At the core, there’s ignorance, selfishness, and lack of respect. Lots of people travel to a country without even making the effort to do a little research before, to get the basics of the local culture, the do’s and don’t. Others know and they just don’t care.

For many, travel has a rather limited meaning: ticking the boxes off their list, affirming a status, being able to brag “I’ve been there” or feeling free to behave in a way they would never at home.

They don’t relate to a country and the people they meet. They don’t respect history, culture, and the local way of life. They just grab and are not interested in giving.

The paradox is that now that traveling has become so much easier, it’s less and less considered a privilege.

Travel can be a wonderful way to overcome barriers and prejudice, to learn and respect different cultures, to feel enriched. But this is possible only when driven by a genuine interest to learn and share.

Bad-ass tourists bring in the money, but that’s it.

2 thoughts on “What Makes People Behave Like Dumb-Ass Tourists? ”