Upsala and Spegazzini Glaciers in Photos: A Triple Challenge

Imagine a swinging boat, strong gusts of wind and people moving around on the deck, as the ship approaches the Upsala and Spegazzini glaciers. 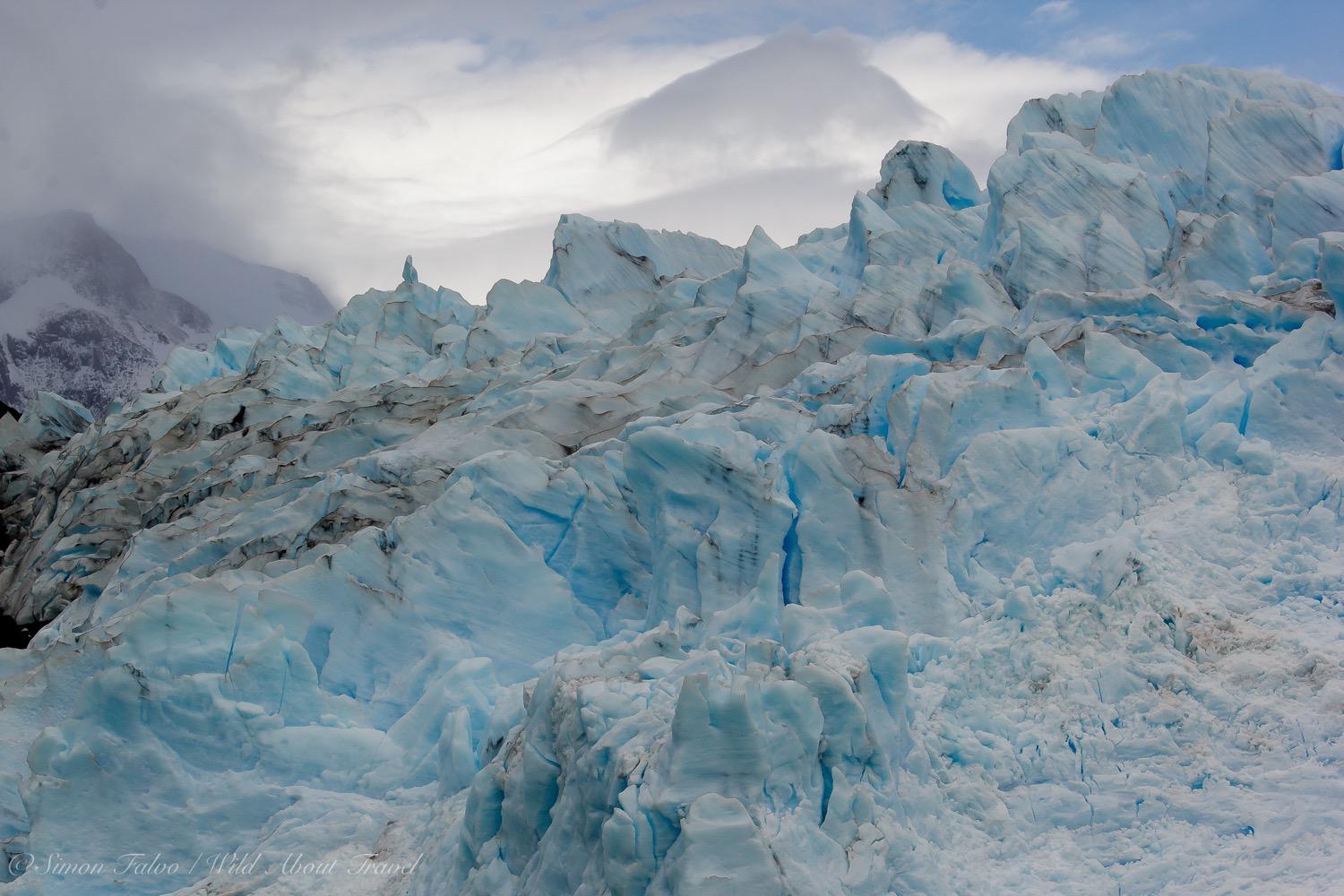 It’s summer in Patagonia, but it feels rather like winter.

Wearing a warm sweater, quilted jacket, hat, gloves and scarf, I brave the cold and the wind, decided not to lose a single minute of the boat journey. I could have waited inside during the first part of the trip, skipping the view on the endless tundra, but I wanted to secure a good spot to shoot photos as soon as the ice  would appear. 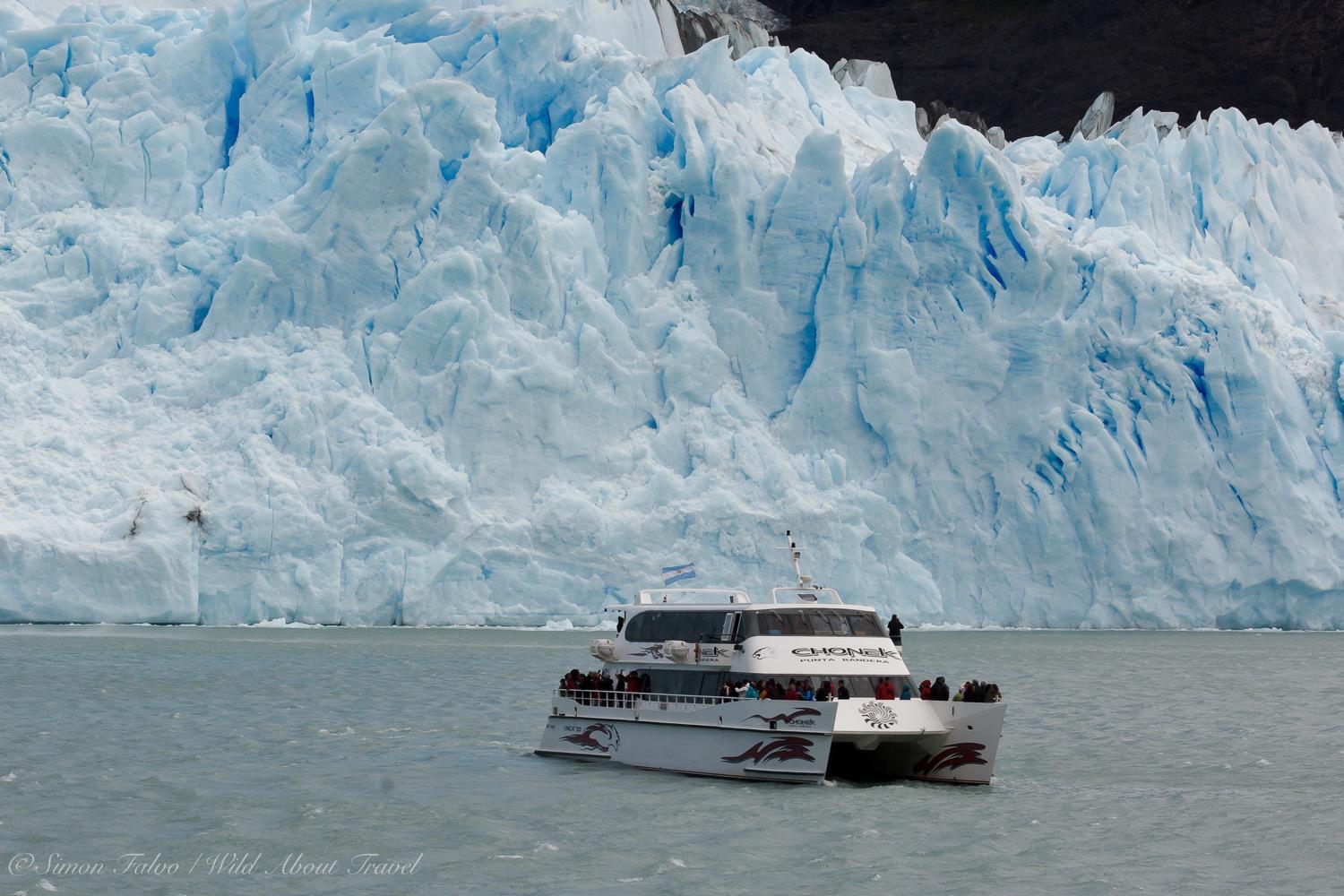 Spotting an iceberg, the first in my life

After what seemed an eternity, here it was. An iceberg, gently floating over the water (or is it an optical illusion because of the moving boat?).

My camera is ready around my neck. I brave the wind and the rolling, trying to keep my hand steady, the framing in focus, and to guess the right exposure, aperture, and time. 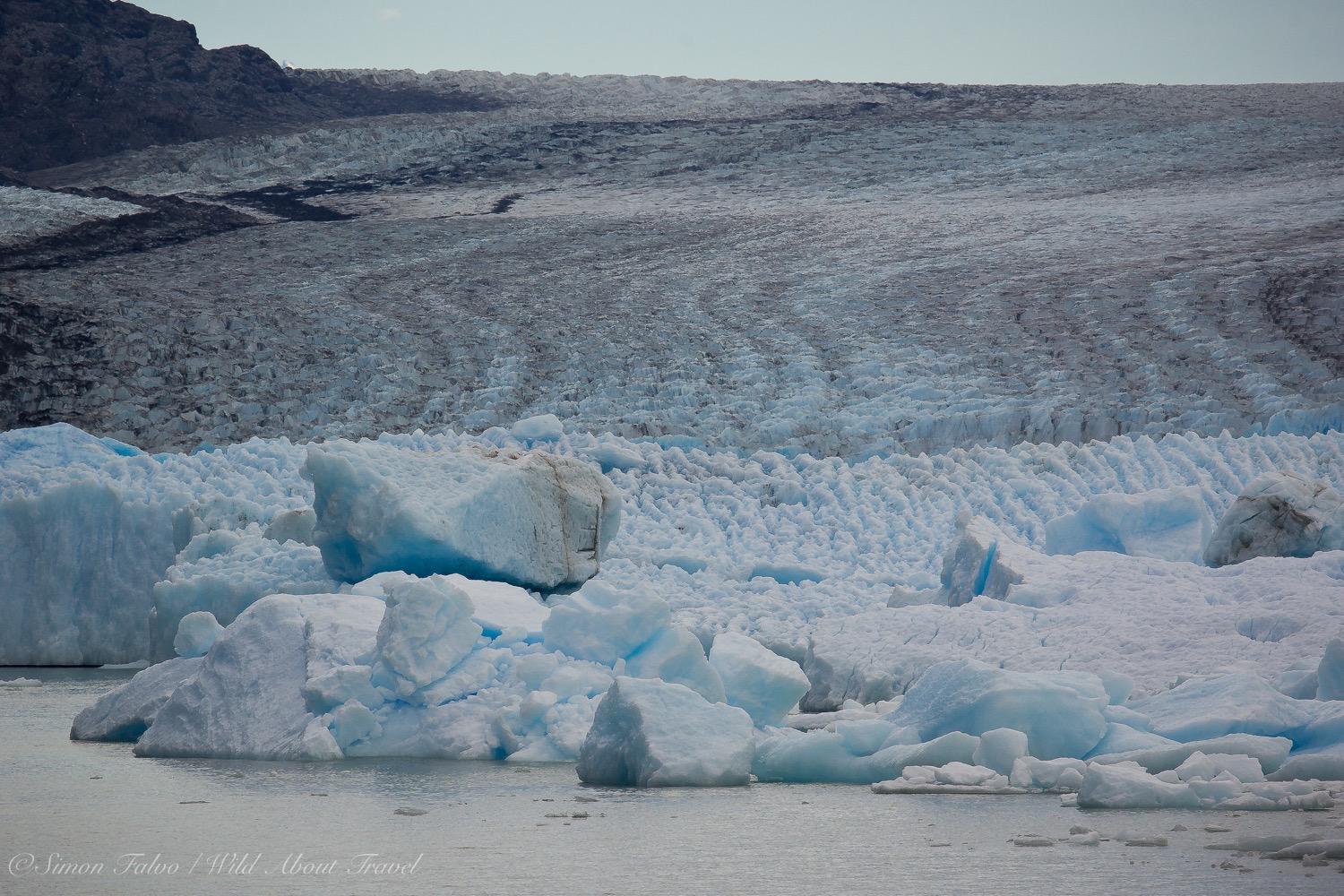 More icebergs, more photos. I know they’re random shots. There are too many circumstances I can’t control and have to cope with, so I choose the only option: take loads of pictures. Afterward, I’ll skim them, hoping for at least a few good ones to edit.

The boat continues its sail toward the Upsala glacier, and I’m anxiously waiting for another encounter with ice. 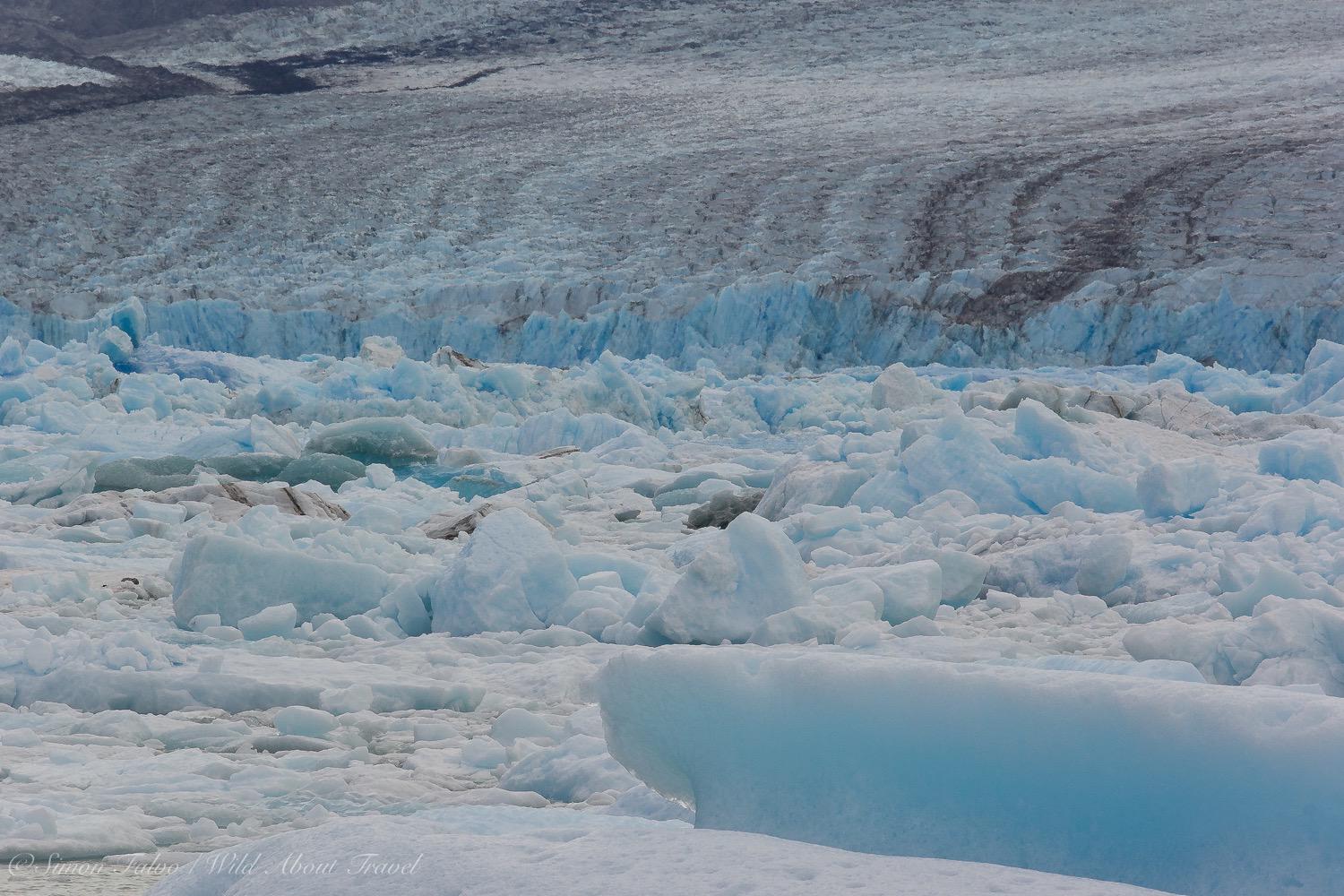 The ship is set to stop for a while, and with only a very little rolling I’m hoping for better photos. No luck, though, for in the meanwhile the sky has become overcast. Not white and gray fluffy clouds allowing beautiful effects, but a white blanket shedding a terrible light, and very little contrast. I give it a try anyway. Who knows? I might be lucky. 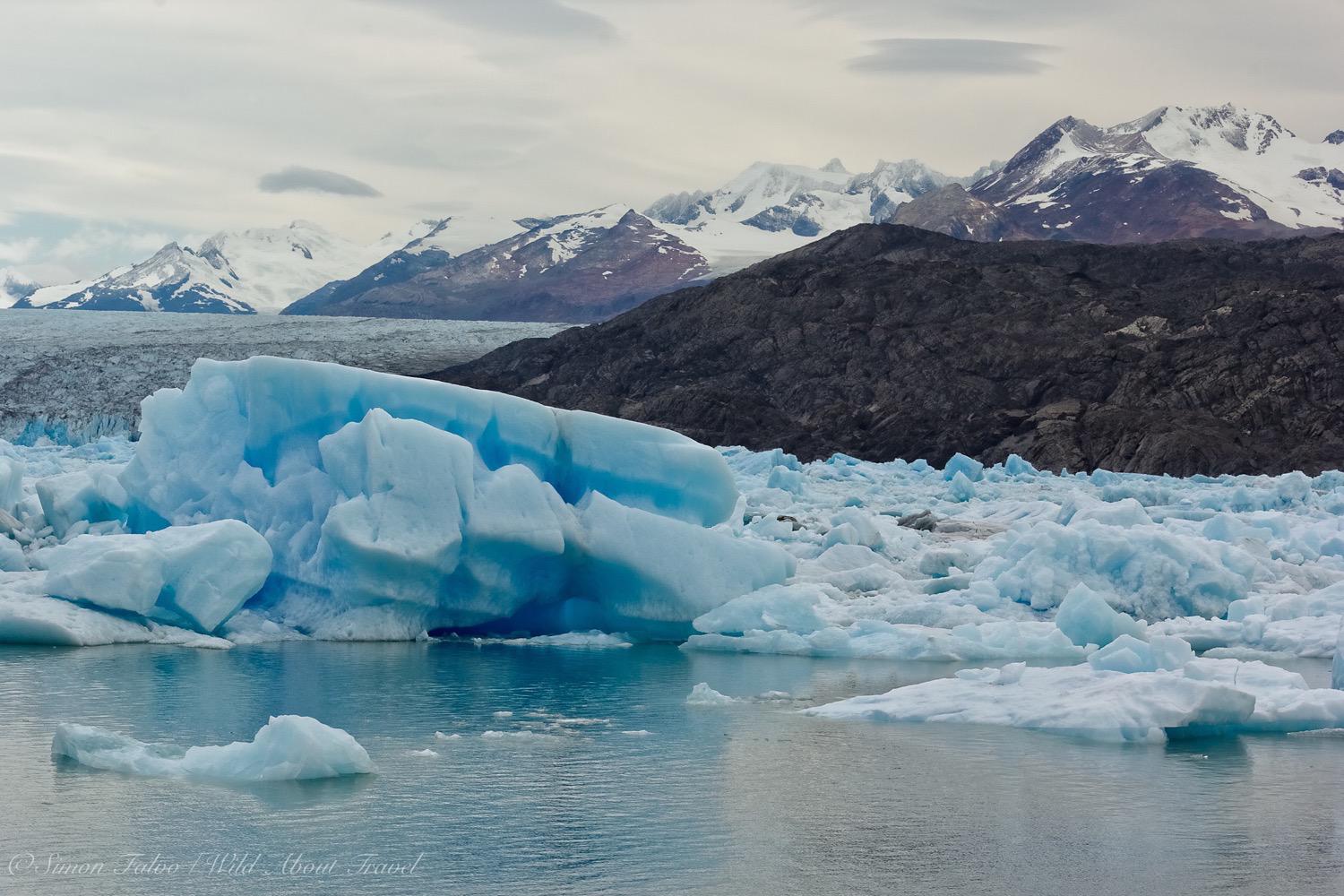 Off to the Spegazzini glacier, and no signs that the sky might change and clouds dissolve. After all, that’s Patagonia, and it’s ever-changing weather. A couple of days before, at the Perito Moreno glacier, in a few hours, I had the sun, clouds, rain, fog, and the relentless wind.

I get my bit of luck, though, and as we approach the glacier we’re eventually treated to a piece of blue sky and a ray of sunshine. In a matter of minutes, everything changes. Countless nuances of blue glittering, the veins and cracks of the ice sharp, shades enhancing volumes and shapes. The view is mesmerizing. 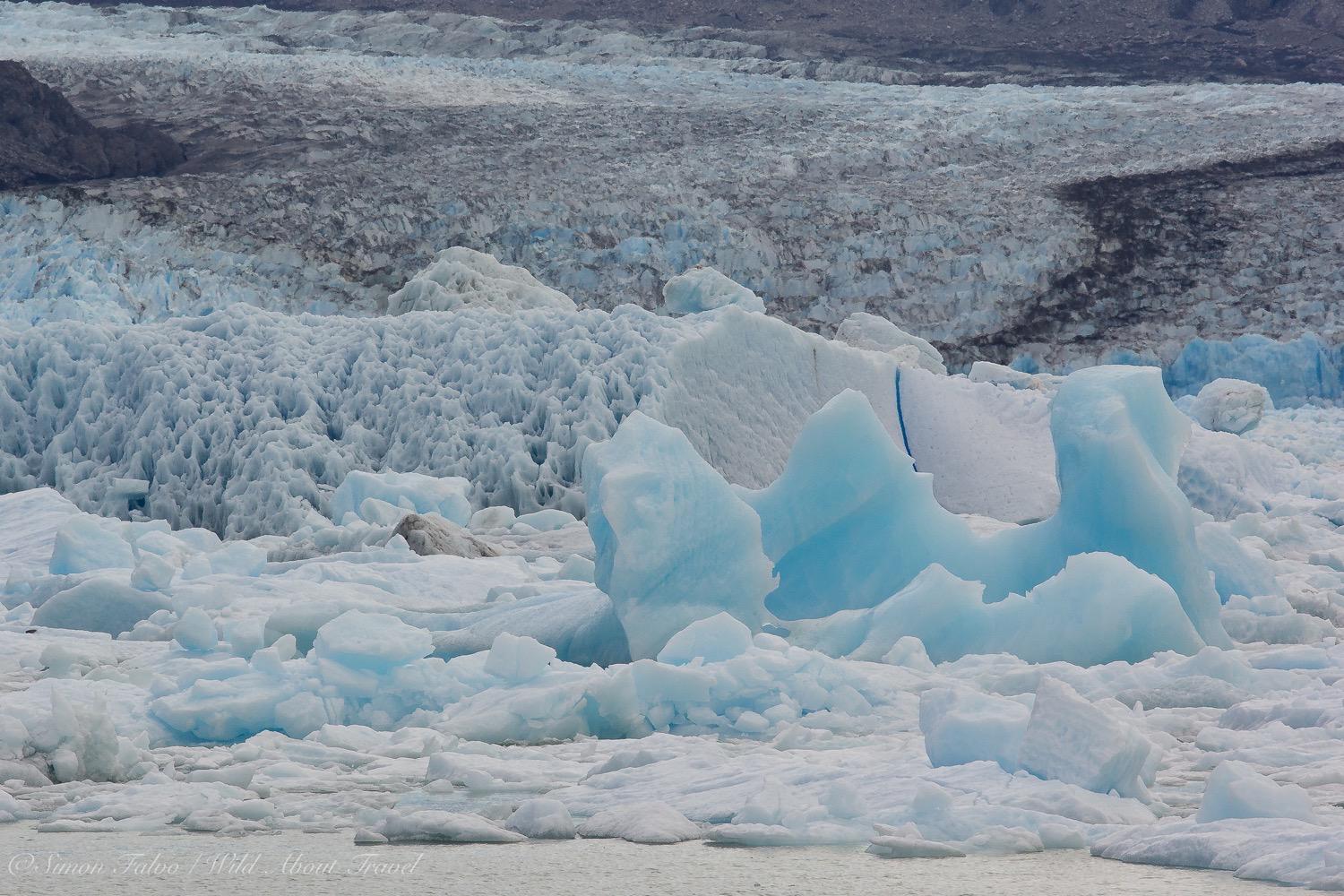 Once on the mainland and to my laptop, the dreaded moment in which I look at hundreds of photos. As I expected, most of them are nothing more than a souvenir, but a few pop out. I was luckier with the close-ups and there are a couple larger views which are not too bad. 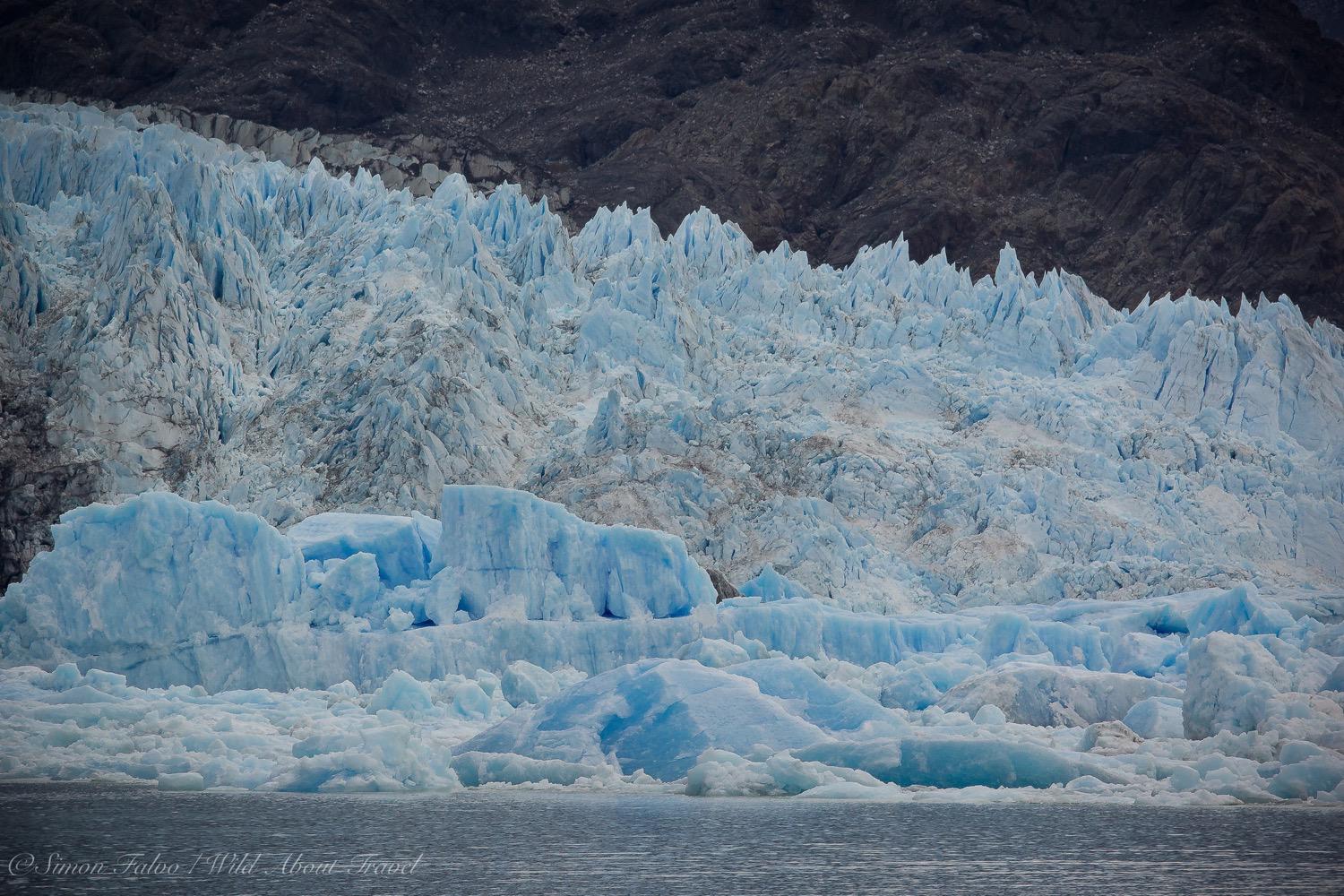 If only with a few shots, I was able to overcome the challenge and brave the wind, the rocking boat, and the hovering people.

I hope you’ll enjoy the photos. 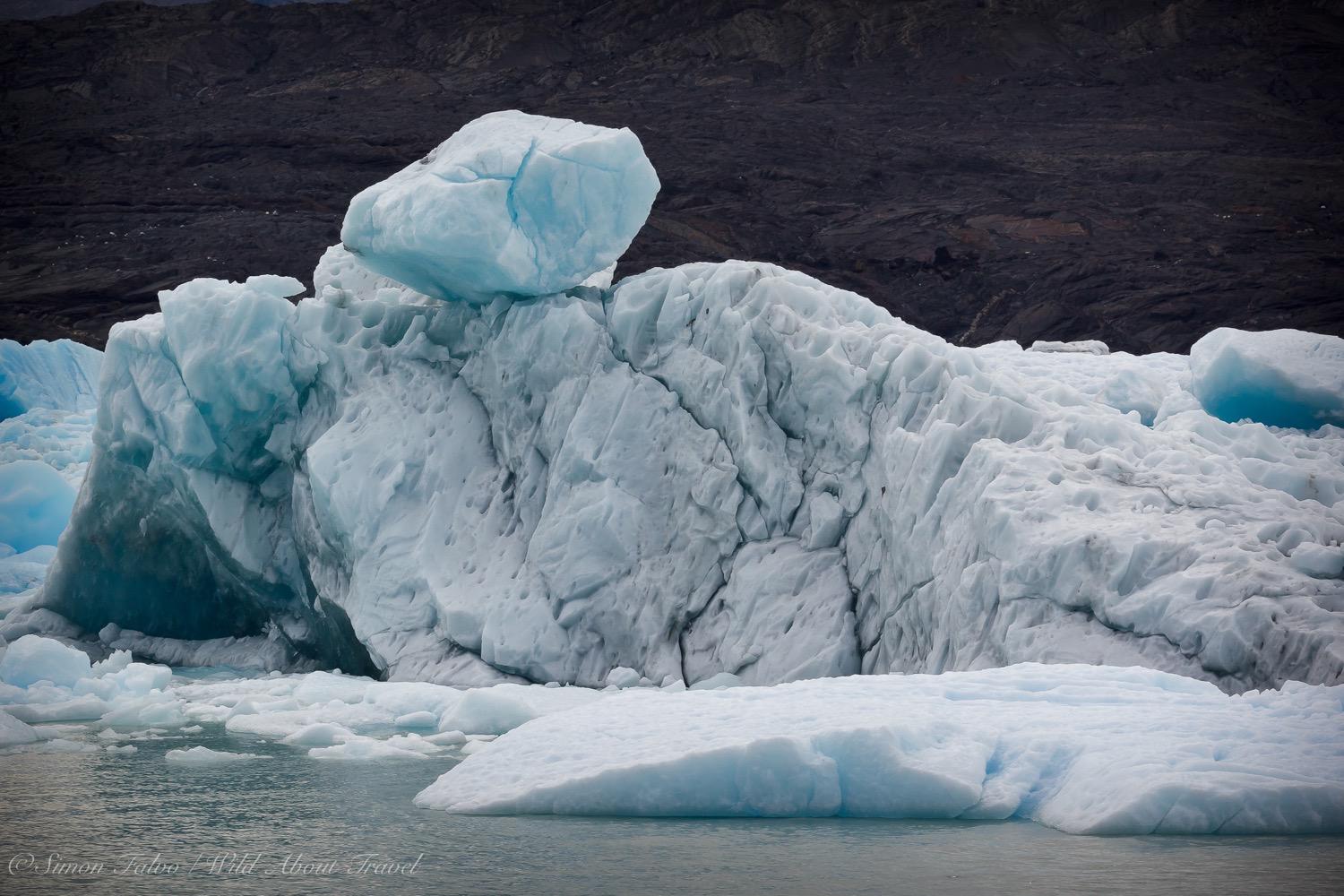 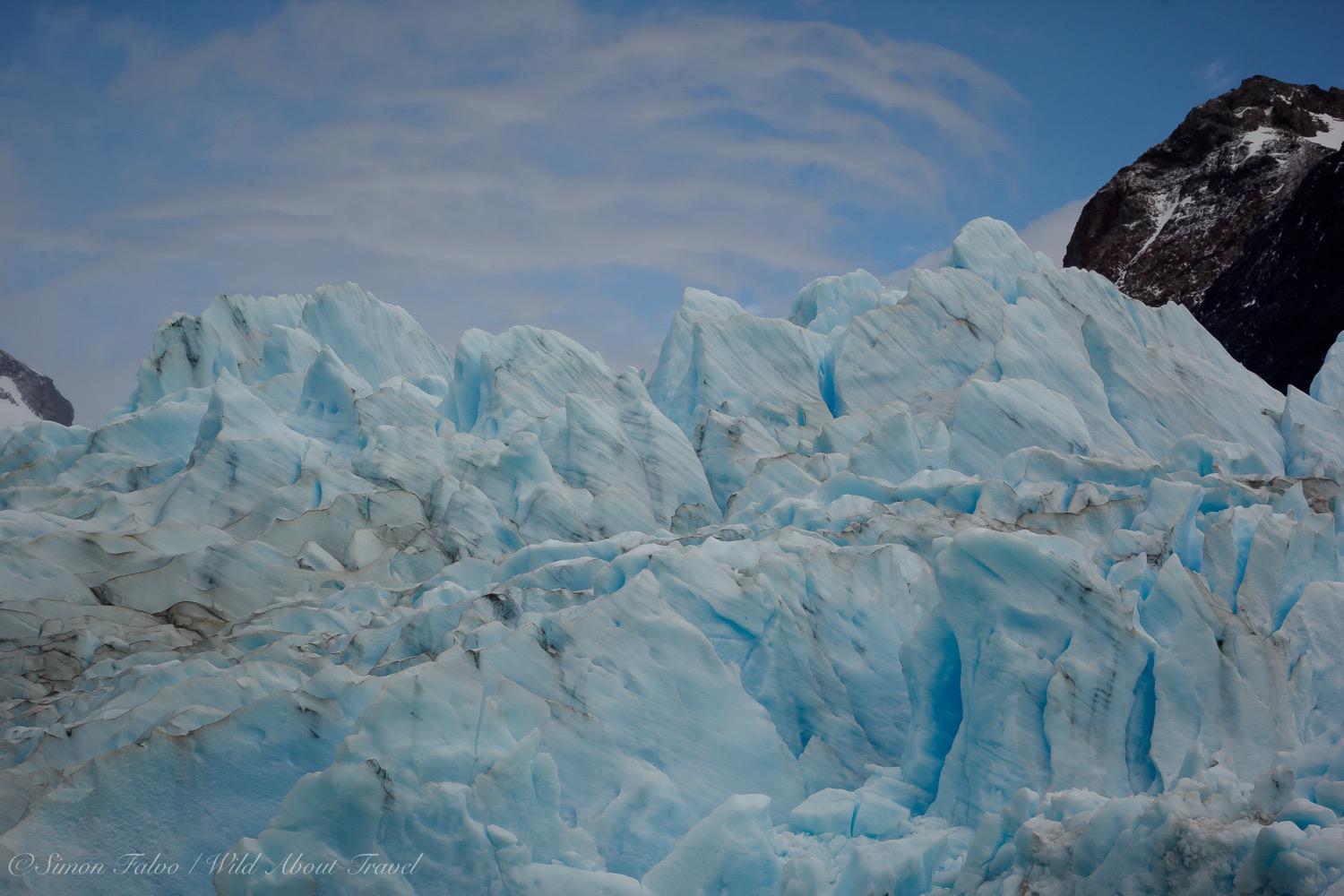 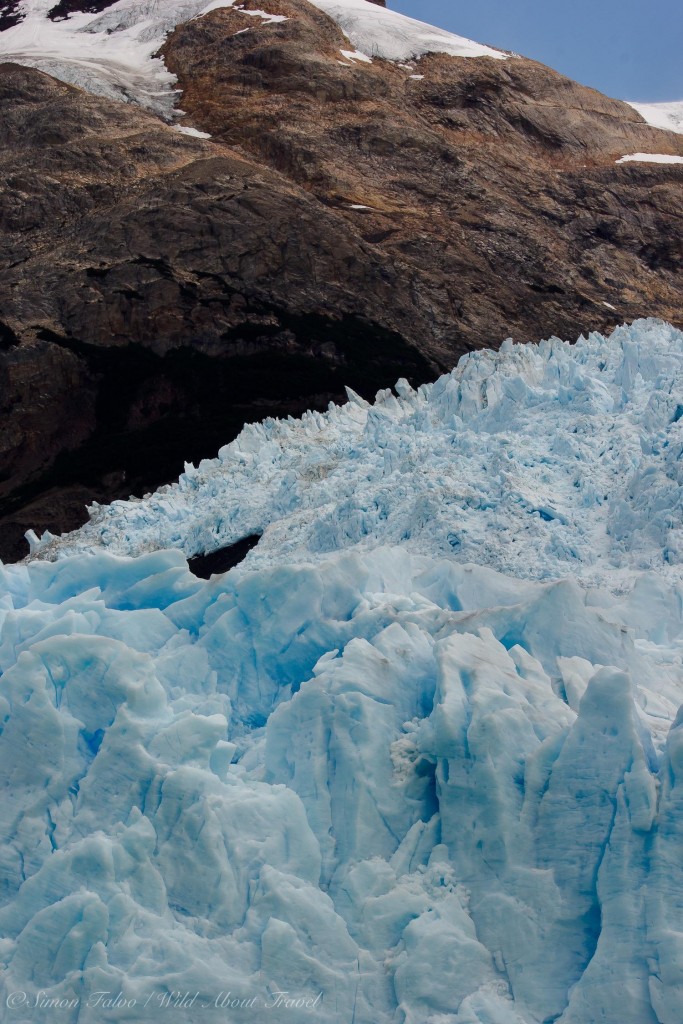 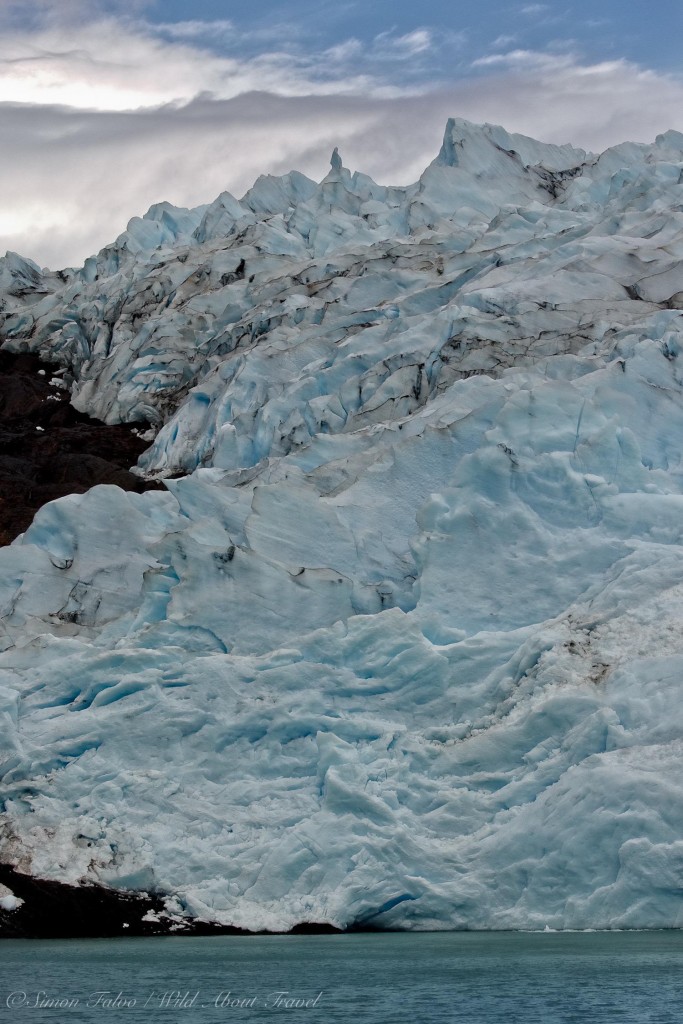 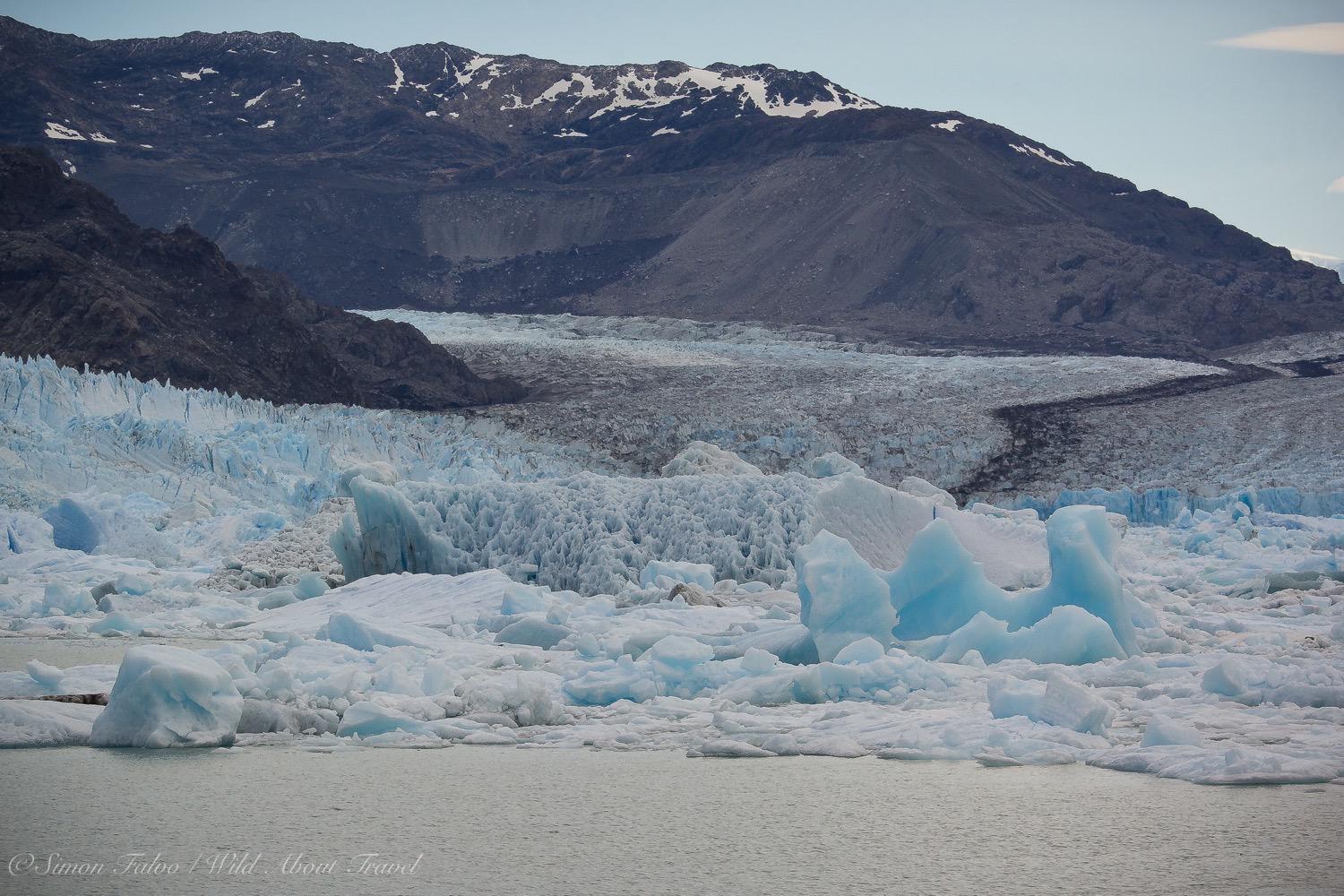 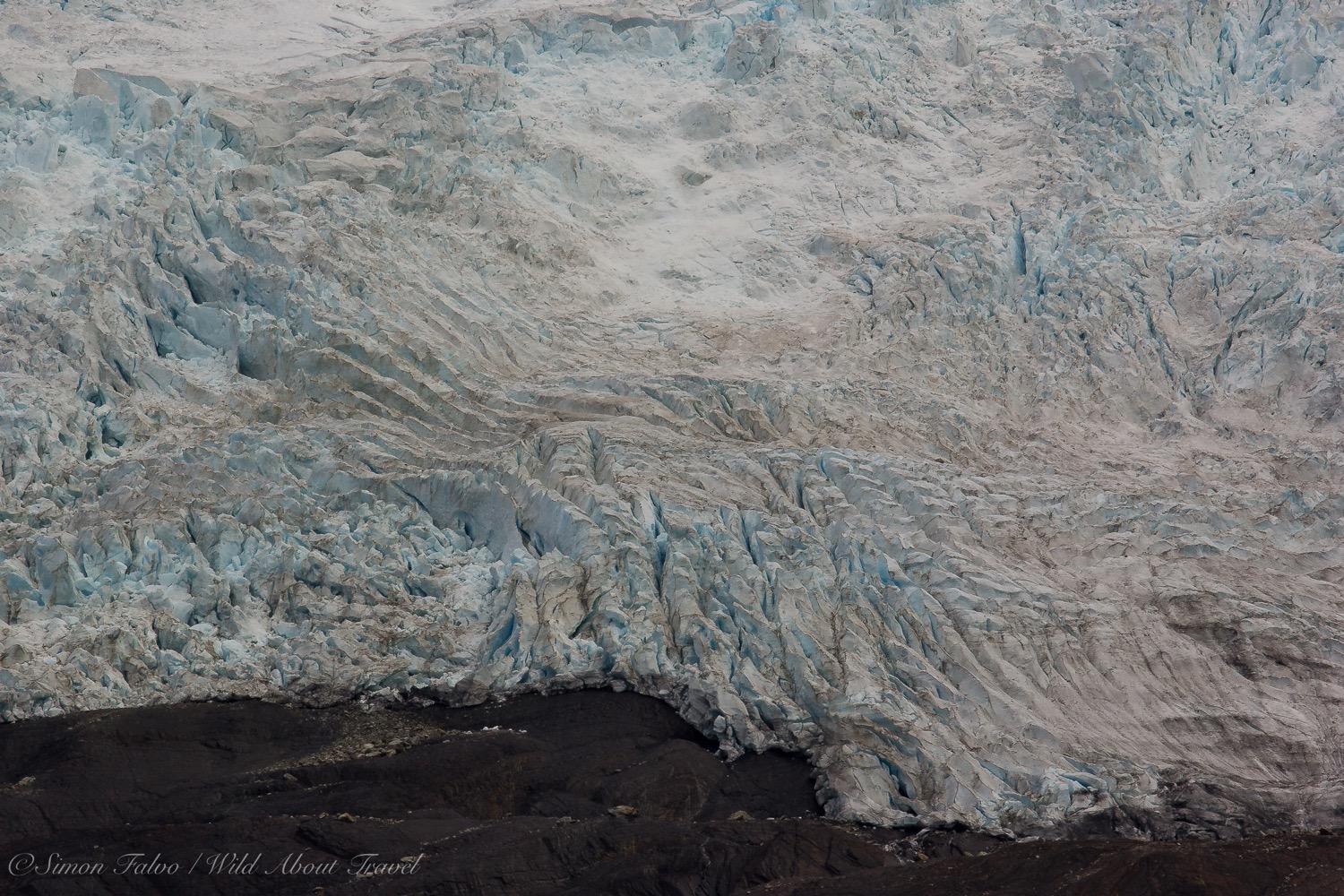 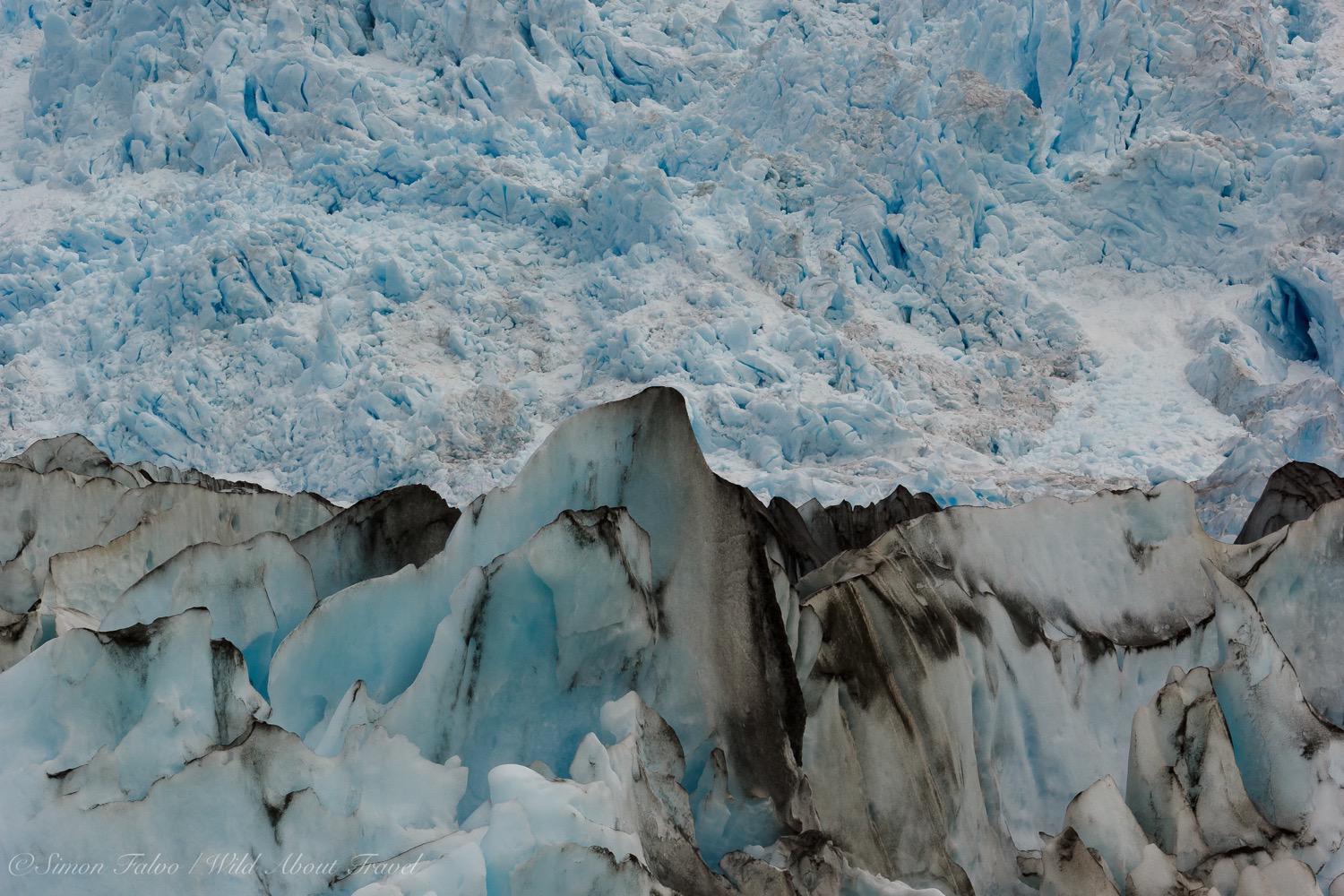