Mantua, One of the Best Cities to Visit in Italy 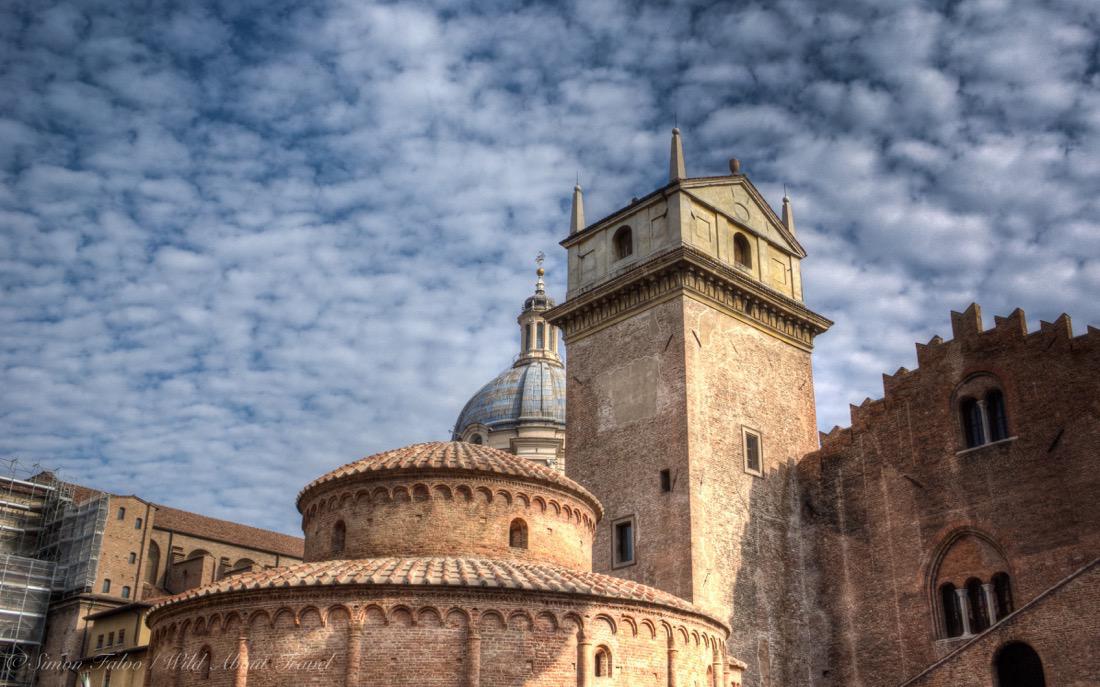 Have you ever heard of Mantua?

If not, don’t worry. Despite being one of the most beautiful towns in northern Italy, Mantua is often overlooked, not only by foreign visitors but even by Italians. 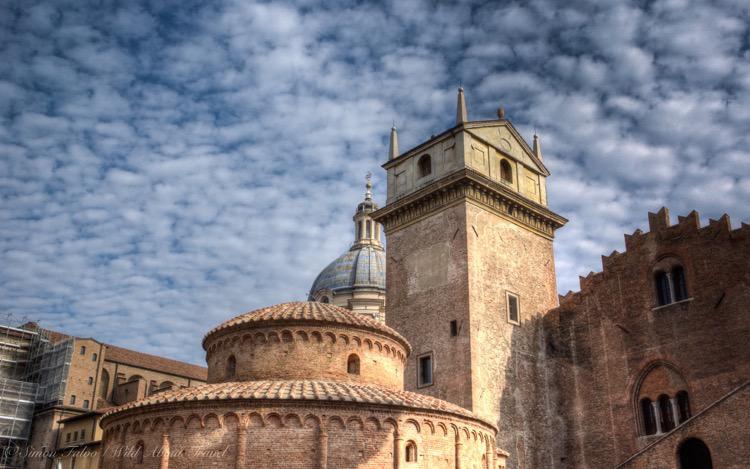 Yet, Mantua is one of the best cities to visit in Italy and there’s no reason it should play a minor role in a tourist itinerary, except perhaps the poor connections by train and the fact that the city competes with too many other beautiful towns (yes, I’m partial, but I sincerely believe that Italy is, to many respects, the most beautiful and richest – in terms of art, culture, and architecture – country in the world!). 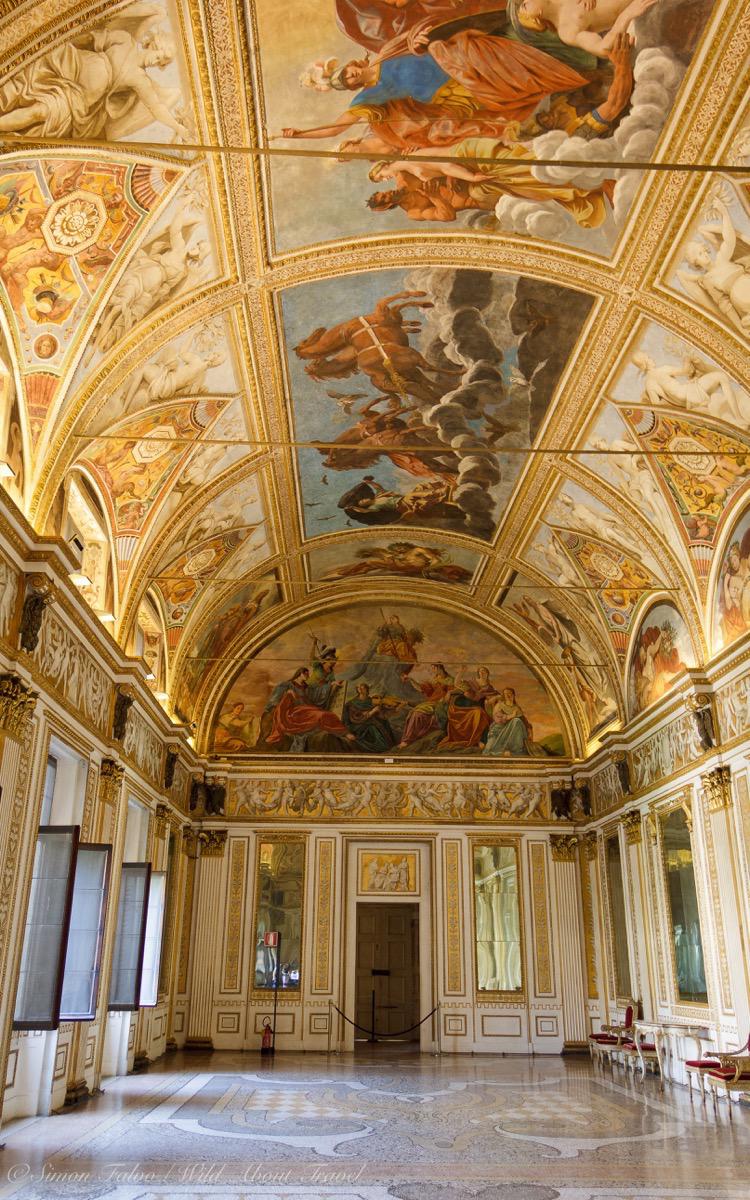 Rarely mentioned between the top cities to visit in Italy, Mantua is a little bit like Bergamo, Modena or Parma: little known or barely remembered before loved afterward.

Sadly, Mantua caught the attention and made the headlines in May 2012, when an earthquake in Emilia-Romagna, southern Lombardy, and Veneto badly damaged the city and the surrounding area. Luckily, the number of victims was limited, but many people lost their houses, their businesses were disrupted and some beautiful buildings from the Renaissance strongly marred.

Slowly and patiently, the city started the rebuilding process. A lot has been done, but the scars are still visible.

In Italy, restoration of ancient buildings and works of art must comply with strict regulations and criteria. It takes time, and it needs a lot of money. That’s why tourism is so important for areas affected by earthquakes and other natural disasters.

Despite the scars, the beauty and the appeal of Mantua are not diminished. The city is almost back to its ancient splendor and its charm is intact. [/column]

Mantua: A little gem and one of the best cities to visit in Italy

The rise, fall, and magnificence of many Italian cities during the Renaissance is linked to the most important families ruling specific areas of Italy. The Medici in Florence, the Este in Ferrara, the Visconti and Sforza in Milan, and the Gonzaga in Mantua.

Under the House of Gonzaga, ruling from the 14th to the 17th Century, Mantua became one of the most important art and culture hubs of the Renaissance. The city attracted famous artists like Leon Battista Alberti, Andrea Mantegna, and Giulio Romano who, with many others, shaped the city with breathtaking works of art. 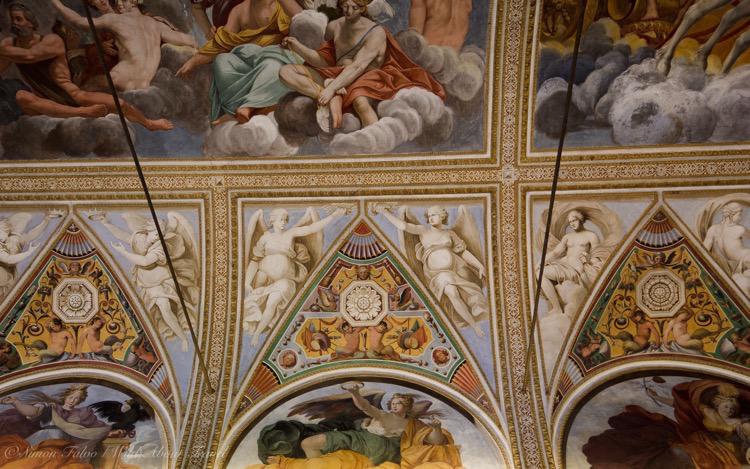 The magnificent Ducal Palace (Palazzo Ducale) reflects the power and wealth of the Gonzaga family. Beautiful frescoes, precious tapestries, finely carved roofs, exquisite stucco decorations, every room is a new surprise and endless proof of the miracle of the Italian Renaissance. Besides the artists’ genius, there were hundreds of highly skilled craftsmen who made  possible the realization of such palaces.

Damaged by the earthquake and closed for some time for restoration, the famous “Camera degli Sposi”, the “Bridal Chamber”, is now open again. Painted by Andrea Mantegna between 1465 and 1474, it is considered one of the most important masterpieces of the Italian Renaissance and a must-see for every art lover. 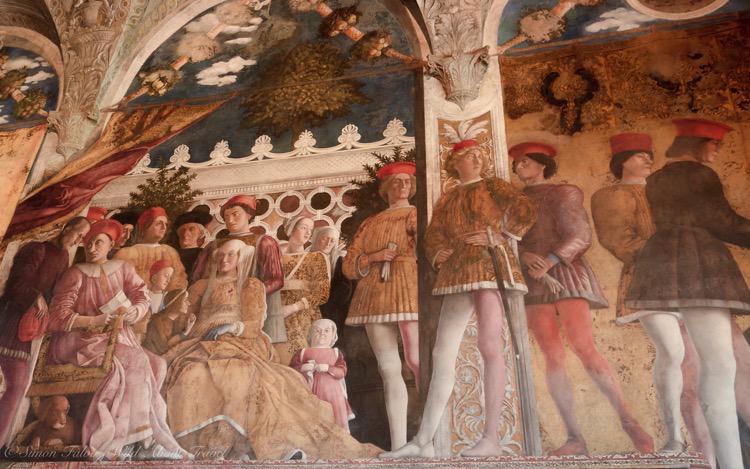 If Palazzo Ducale strikes for its variety, Palazzo Te is a wonderful example of the late Renaissance style – the movement called Mannerism – and the building which best represents the genius of Giulio Romano. A pupil of Raphael, Giulio Romano transformed the Gonzaga’s summer residence in one of the most beautiful villas where the architecture blends with the surrounding landscape and the frescoes show in turn sensuality, illusionism, power and a unique style, marking the bridge between late Renaissance and Baroque.

A remarkable example of Renaissance architecture and town planning, in 2007 Mantua was designated a UNESCO World Heritage Site together with Sabbioneta, the ideal city created in the second half of the 16th Century.

The beauty of Mantua, however, is not only in its magnificent buildings (another one you should not miss is the imposing Basilica of Sant’Andrea, designed by Leon Batista Alberti, and even more impressive inside) but also in the charming alleys, lined with arcades and pretty houses. 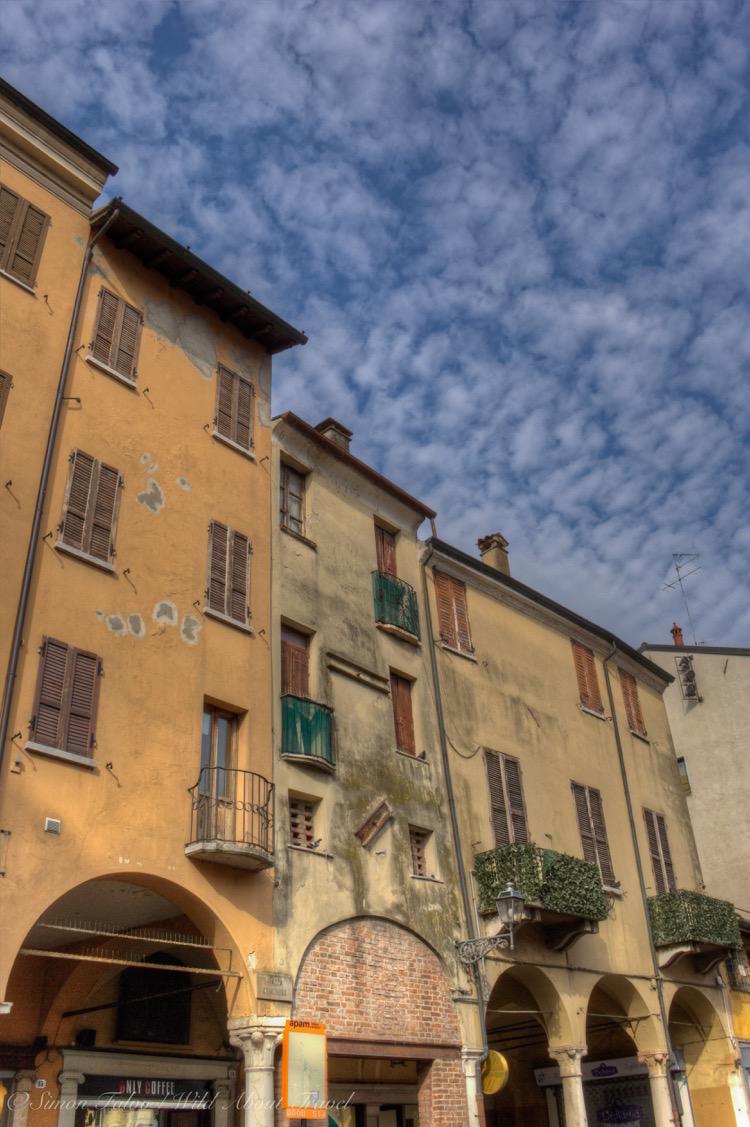 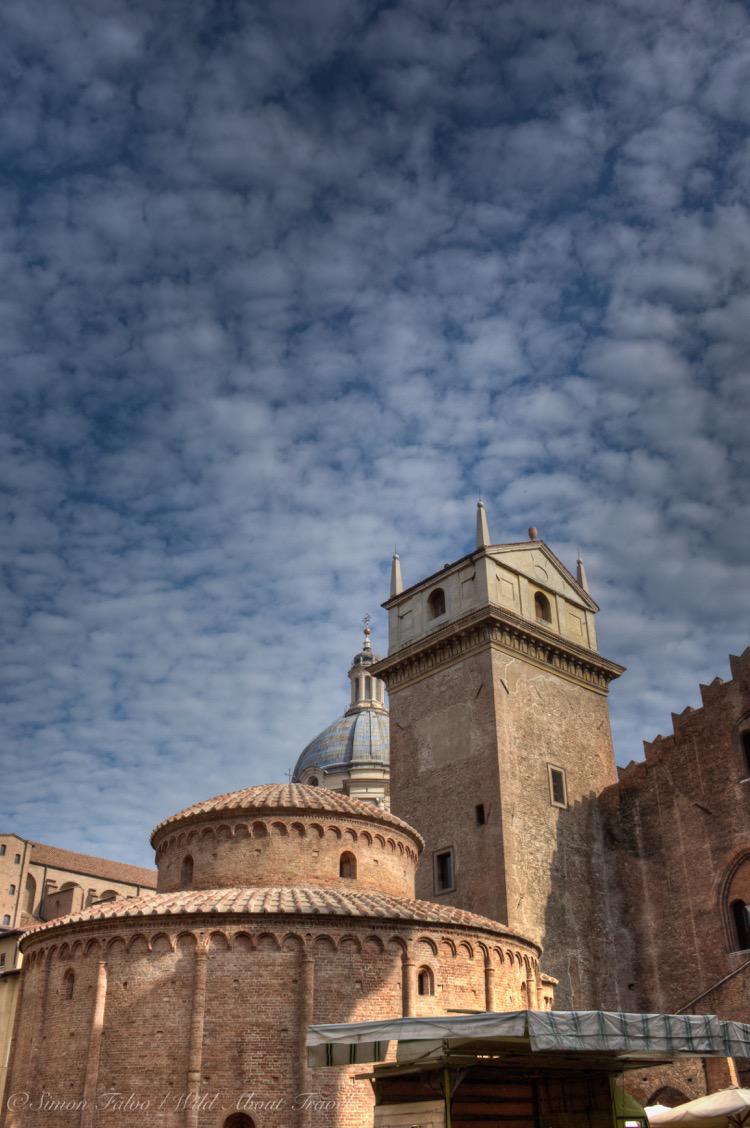 On weekdays Mantua looks a little sleepy and you’ll mostly mingle with locals in the streets of the old town. It gets busier during the weekend, especially when the city hosts special events like the very popular Festival della Letteratura, the yearly event gathering writers and literature lovers from all over Italy and beyond.

Created in the 12th Century as a defense system and to reinforce the town’s natural protection, Mantua artificial lakes have become a leisurely spot. Perfect for a walk, a bicycle ride, a boat tour or a picnic, the lake also attracts fishermen who stand patiently along the shore, waiting for a fish to bite the bait.

During the summertime, a wide area of the lakes get covered by hundreds of pink lotus flowers. 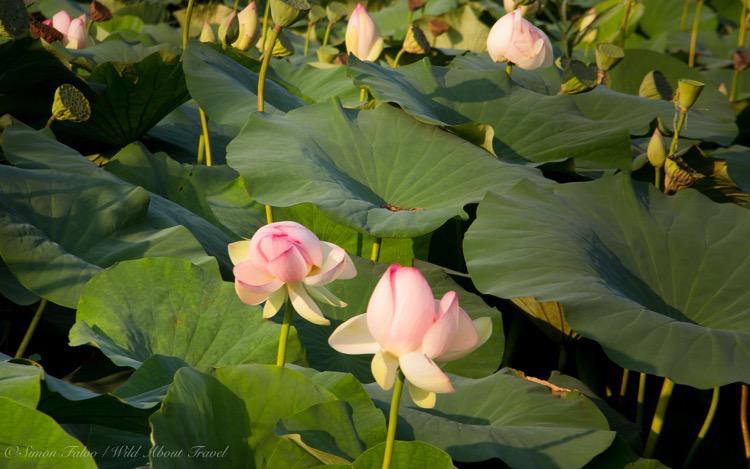 Introduced almost one century ago, the lotus flowers have perfectly adapted and their blossoming, in June and July, has become one of Mantua’s attractions. I took a trip late in the afternoon, and as the boat slowly sailed between the canals made by the lotus flowers, listening to the whispering breeze and the singing birds, for a while I felt as if I was in another world. And the sunset was breathtaking. 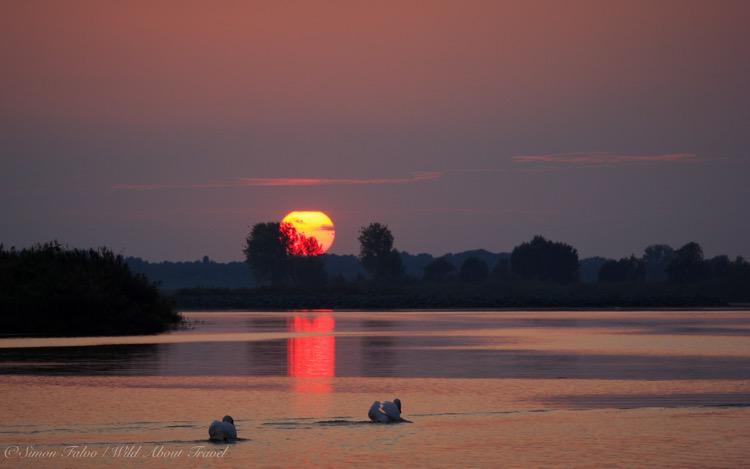 Art, nature, food, a lively and welcoming atmosphere far from the crowds of tourists and closer to the locals; that’s what makes Mantua one of the best cities to visit in Italy.

2 thoughts on “Mantua, One of the Best Cities to Visit in Italy”