Mantua and the Magnificent Palazzo del Te: a Must-See for Art Enthusiasts 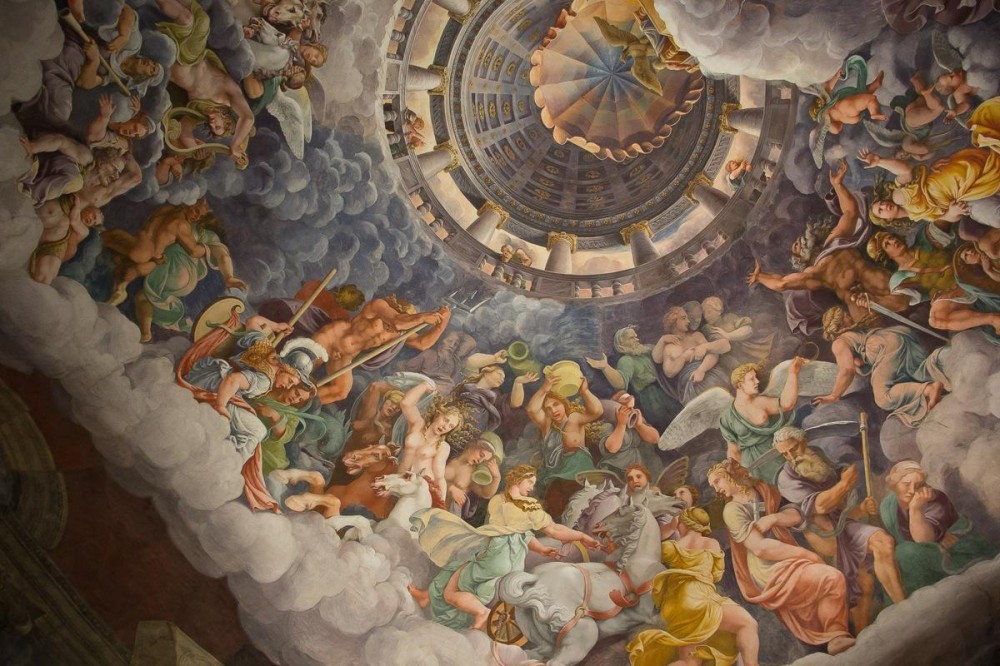 Narrow alleys bordered by beautiful ancient buildings, impressive squares, the quiet shores of the lake. On top of that, one of the most awe-inspiring masterpieces of the late Renaissance: Palazzo del Te. This is Mantua, one of the most enchanting towns of the Lombardy region.

Together with Sabbioneta, Mantua is also a UNESCO World Heritage Site, and for good reasons. And an article published in The Guardian some time ago called Mantua “the Sleeping Beauty“.

On their first trip to Italy, most tourists focus on the “top three”: Rome, Florence, and Venice. But if you have time for more, or if you’re coming back to discover more of my beautiful home country, you should head to little gems like Mantua, medieval Bergamo, or elegant Ferrara, to mention only a few in northern Italy.

If you wonder what to see in Mantua the answer is: a lot! And there’s so much to do in Mantua that if you have the chance you should spend in this little gem a couple of days. However, if you only have a few hours, a must-see in Mantua is Palazzo Te.

Having a passion for art and architecture, I’ve seen many wonderful paintings, frescoes, buildings, and sculptures, in Italy and across the world. And believe me, the decorations of Palazzo del Te (also called Palazzo Te) are mind-blowing.

Federico II Gonzaga, the ruler of Mantua in the early 16th Century, commissioned the construction and decoration of a leisure palace to the painter and architect Giulio Romano, a pupil and assistant of Raphael.

Built between 1524 and 1532, Palazzo del Te would become Giulio Romano’s masterpiece and one of the most beautiful examples of Mannerism, the artistic movement that emerged in the late Renaissance, around 1520, and that would lead to the Baroque style towards the end of the century.

The architecture of Palazzo Te is an excellent example of late Renaissance style. However, what awed me were the interiors with their ever-changing beautiful decorations of frescoes, stuccoes, and carvings. All magnificent and incredibly imaginative. Walking through Palazzo del Te is a journey into creativity, mythology, and beauty. It’s such a powerful experience that it’s impossible not to feel wholly absorbed and exhilarated.

The hallway introducing to the palace is dedicated to the Muses, the goddesses inspiring and protecting art, literature, and science. They are represented in the bas-reliefs in the vault. The paintings in the lunettes illustrate more scenes from the mythology related to the Muses. One of them shows a nymph, embodying Mantua, lying beside a fountain on top of which a crown of laurel refers to the poet Virgil, who was born near Mantua. 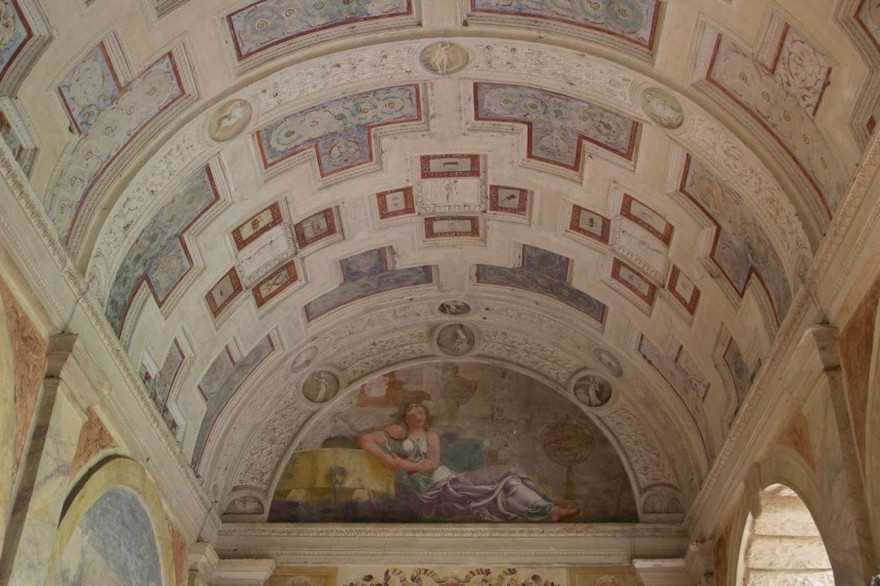 Decorated with life-size horses, the six favorite steeds of the Gonzaga family, between natural landscapes and mythological divinities, the Sala dei Cavalli was the dancing hall.

Named after the four spread eagles on the corners of the vault, this was Federico II Gonzaga private room. The rich decorations including frescoes, stuccoes, and marble are impressive.

The hallway connecting the interior, the courtyard of honor and the garden was once a place of rest, with beautiful views of the garden, once with plentiful plants and flowers.

Arches, columns, sculptures, and frescoes in delicate colors strike with their elegance and the beauty of the scenes evoking King David’s heroic deeds as well as his crimes.

The most lavish of the palace, the room dedicated to Cupid and Psyche is where dinners and feasts took place whenever there were prominent guests.

In the room of Cupid and Psyche, the talent of Giulio Romano and his innovation become fully visible in the inventive postures, the strength, and sensuality of the characters, the games of light and shades.

Created between 1526 and 1528, the chamber of Cupid and Psyche is the most impressive of Palazzo del Te, together with the awe-inspiring Sala dei Giganti, the Room of the Giants.

It’s hard to find words to describe the feelings arising from the view of the breathtaking Giant’s Room. One glimpse is enough to understand why it’s the most famous room in the palace, for it is such a unique and innovative fresco.

Giulio Romano experimented a new style which remained unsurpassed for centuries. The result is a unique painting without interruption covering the entire space on the walls, the vault and, initially, also the floor. Inside the Room of the Giants, one feels like wrapped by the painting, seized by the whirlwind of the scenes.

The story stems from the Metamorphoses, the epic-mythological poem written by the Roman poet Ovid. Heinous and arrogant, the Giants wanted to take the place of the gods and attempted to take possession of Mount Olympus. Giulio Romano chose the scenes following Jupiter reaction. Consequently, he represented the king of the gods, helped by Juno, as he punishes the Giants, unleashing the fury of the elements and striking them with lightning.

Everything is powerful: perspective, colors, rhythm, generating an intense emotion, although this can assume different shades and provoke various reactions. Somehow, I thought that I was looking at absolute beauty, whose power and fascination transcends time and space.

Over the years, I had the privilege to admire many palaces and frescoes. Because I live in Italy, where I can see superb architecture and wonderful art masterpieces almost at every corner. All palaces and their decorations are beautiful in their own way, but only a few made such a strong impression on me. I remember being similarly wholly seized by Michelangelo’s frescoes in the Sixtine Chapel, a long time ago. And I relived the same powerful feeling of awe in Mantua’s Palazzo del Te.

How to get to Mantua

The closest airports to Mantua are Verona and Bologna, followed by Venice and Milan. I usually check on CheapOair to find the best airfares.

Where to stay in Mantua

Hotel Casa Poli is a lovely design hotel only a 10 minutes walk from the center and 15 minutes to Palazzo del Te. The rooms feature modern décor and hardwood floor.

Palazzo Arrivabene B&B is the perfect choice if you want to step back in time and stay in an ancient, beautiful palace. High ceilings, frescoes and stuccos, fireplaces, makes this a special bed & breakfast.

B&B Casa del Teatro is an elegant bed & breakfast in Mantua historical center. The rooms are cozy and you can walk everywhere.

This post was brought to you as a result of the #Blogville campaign, created and managed by iambassador in partnership with Emilia Romagna Tourism. As always, the passion for art and the awe in front of such a masterpiece are only my own.

The article contains a few affiliate links to selected services. If you buy any of them, I’ll get a small commission at no extra cost for you.

2 thoughts on “Mantua and the Magnificent Palazzo del Te: a Must-See for Art Enthusiasts”