Milan Off the Beaten Track: the Surprising Distretto Isola 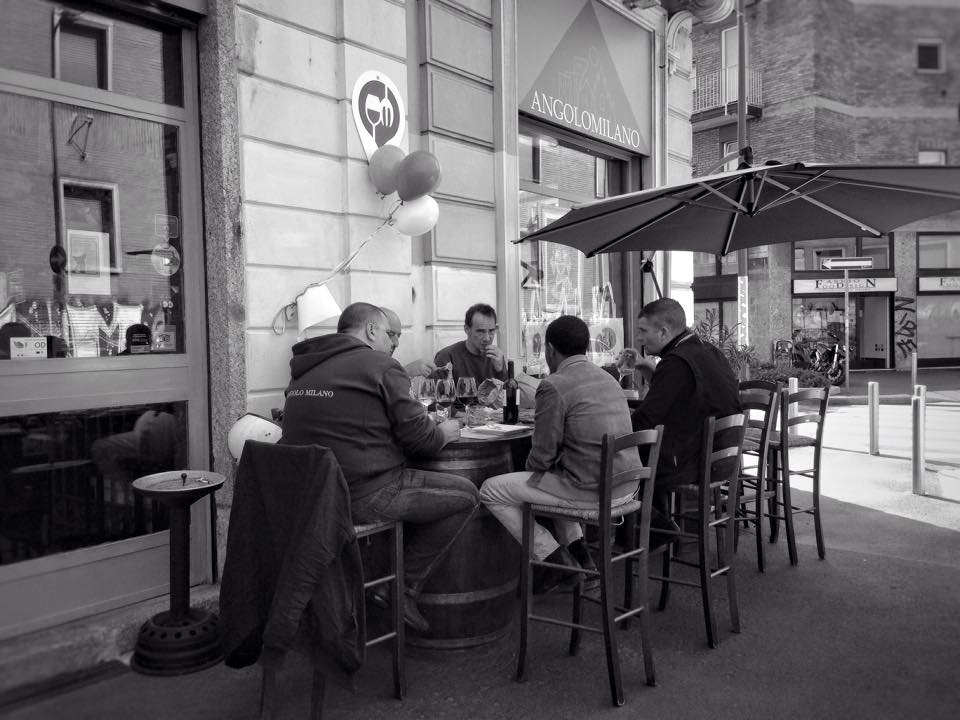 The majority of tourists think of Milan as the city for business and shopping. Often, they only spend one or two days in Milan, focusing on the main attractions and landmarks. However, much as I always say that you can’t miss visiting the cathedral and walking on the Duomo rooftop, there’s more to the city. Milan off the beaten track shows a different side. Maybe less glittering but alternative and fascinating. Distretto Isola, the neighborhood  a stone throw from the Porta Nuova area with the recently built skyline, really surprised me.

“Isola” means island and the district’s name originate from the construction of the railway which, in 1865, divided the city and isolated this area. Due to its proximity to large factories, at the beginning of the 19th century, Distretto Isola was a  working class neighborhood, with distinctive characteristics.

Once a working class neighborhood, L’Isola was home to Resistance movements and one of the most famous bandits at the end of WWII.

During World War II, it was famous for its Resistance movements and in the same years till the 1950s the district was home to the “ligera”, the organized crime in Milan.

L’Isola was the birthplace and the base of one of the most infamous gangsters in the first months after the end of the war: Ezio Barbieri. Aboard a black Lancia Aprilia whose license plate number was ironically 777 – at the time the phone number for the police -, Barbieri and his pal Sandro Bezzi were well-known for their robberies and incursions, often sharing the loot with the poor people living in the district. A legendary bandit dreaded and admired for spectacular car chases and thrilling escapes on the roofs, Barbieri was arrested and incarcerated in 1946 but is still remembered as one of the main personalities of the neighborhood. 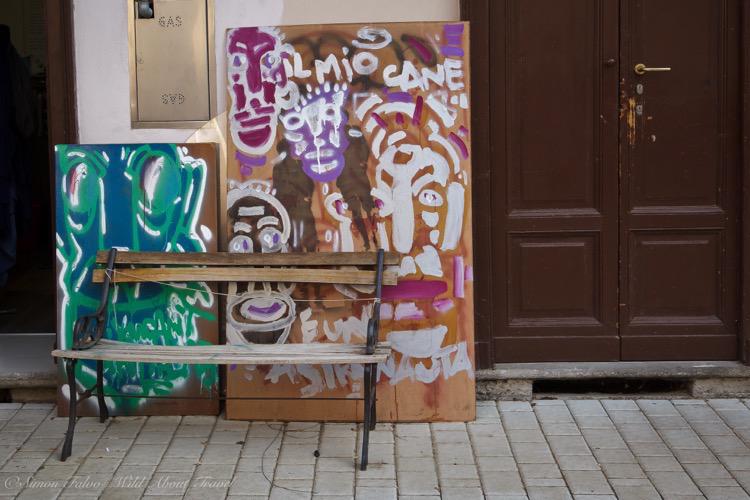 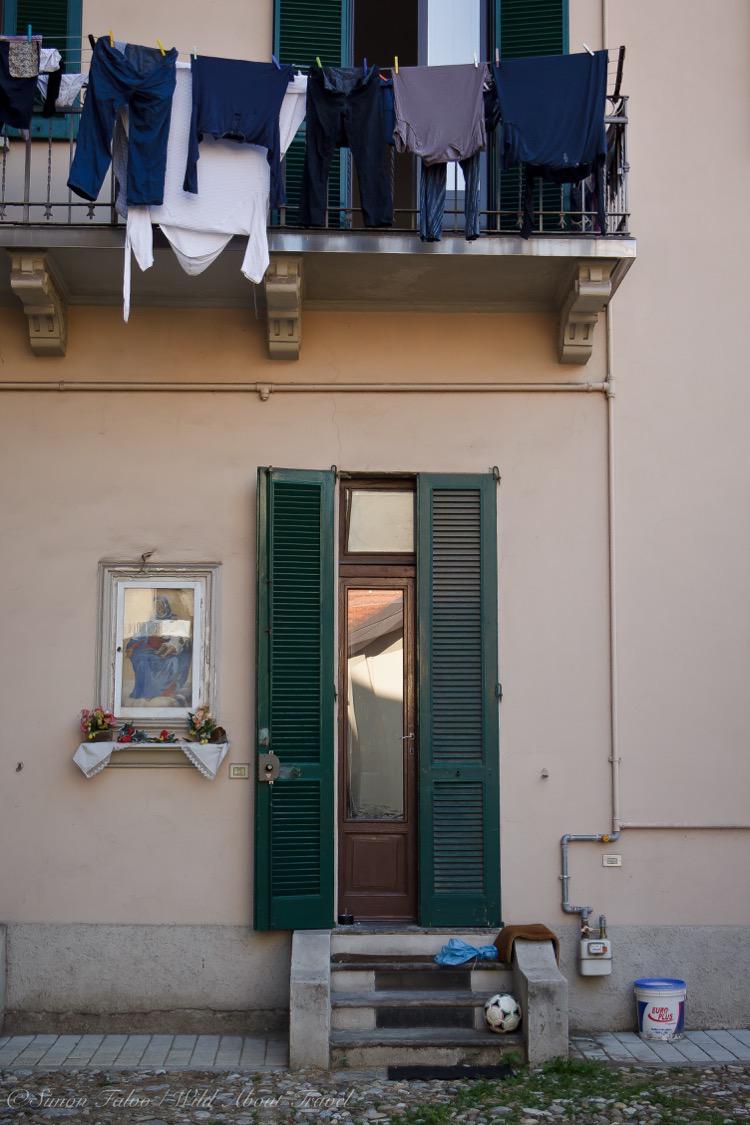 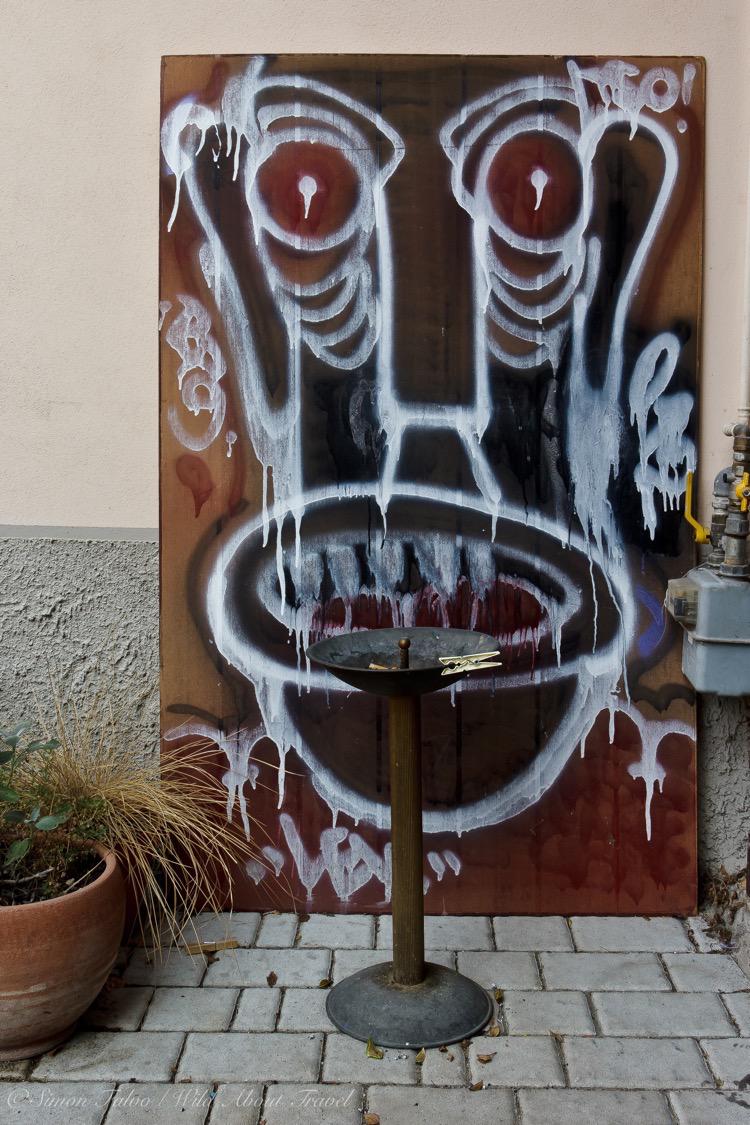 Gentrification started only in the mid-1950s when the railway was moved and the construction of the metro  and other infrastructures eventually improved the connection with Milan city center. Despite the changes, the Isola district maintained a distinctive character, contrasting with the elegant palaces of the center and their beautifully decorated façades.

Small handicrafts shops, cafés, and restaurants with a strong personality, where locals meet for a chat and a drink, people from various ethnic groups mingling at the street market. You won’t see the glamor usually associated with Milan (global luxury brands, trendy and fashionable bars and restaurants, beautiful but now got stale), rather a city with a more human touch and a local flavor.

Strolling in the Isola district, I was unexpectedly surprised by Milan.

There’s no better way to discover a city than going around with locals. While working on the BlogVille InLombardy project (aimed at promoting the Lombardy region through the storytelling of bloggers from all over the world), I found out about guided visits of Distretto Isola and was very curious and willing to take the tour with other fellow travel bloggers.

Why on earth should I be interested – you may wonder – since I live in Milan? Well, to a certain extent I am a local, but the Isola district tours are with locals-locals; people who have been living in this neighborhood for years, often decades, knowing every corner.

Pier Vito Antoniazzi is a man in his sixties (at least, I think), open and friendly. He loves his neighborhood, where he is involved in several social projects, and welcomes us with simplicity and warmth, happy to tell us about the district’s history and to show us around.

Out first stop is the Sanctuary Santa Maria alla Fontana (which I had never heard of… can you imagine?). Its construction started in 1506 on an old spring considered to be miraculous, and it soon became the place where rich people went to be healed, a sort of Renaissance Spa in the outskirts of what was the city of Milan at the time. Despite the later additions and reshuffling, the classical cloister and the vault of the chapel, divided into twelve wedges and decorated with beautiful frescoes are an unexpected treat.

The Isola district is also home to the Napoleonic foundry, one of the most famous in the 19th century now transformed into a museum. Here, expert workers realized the equestrian statue of King Vittorio Emanuele II standing out in Duomo square, and the carriage drawn by six horses on top of the Arch of Peace.

As we continue our stroll, Pier Vito tells us more stories and anecdotes from the past and the present and introduces us to the “nonno dell’Isola”, a wonderful and friendly old man who spent all his life in the district. A quick stop at one of the recently installed charging stations (purple, reflecting Distretto Isola’s distinctive color) before reaching the goldsmith’s shop Uroburo, one of the most interesting workshops of the neighborhood.

A social cooperative, Uroburo offers workshops to the general public and, more importantly, to people with mental health issues to help them enhance their creative power, favoring their social integration.

The jewelry collection combines originality and creativity, with unique pieces blending poor metals such as brass, copper, bronze, iron with precious metals like gold, silver, and palladium. Useless to say, I’ll be back to buy something for me as well as for Christmas presents.

Our tour ended up at Angolo Milano, a warm and welcoming trattoria serving excellent food in an original décor and a perfect place to mingle with the locals.

No traces of the “fashion capital” here: at Distretto Isola I found out that Milan can be a surprising city, barely affected by globalization and where you can find originality and feel a human touch.

Ironically, the district borders the newly built area (some call it the “Milan’s skyline”) encompassing the Unicredit building and Bosco Verticale, the residential highrise acclaimed for its innovative concept. Close to each other, you can see two different faces of Milan: one preserving the tradition of the past and a local flavor, and a contemporary one showing how the city is projecting itself in the future. An interesting contrast.

Getting There: The closest Metro stop is Isola, on the new Metro 5 Purple Line.

Book Your Guided Visit: Send an e-mail to [email protected]