We Shall Never Forget… Berlin Between Past and Present 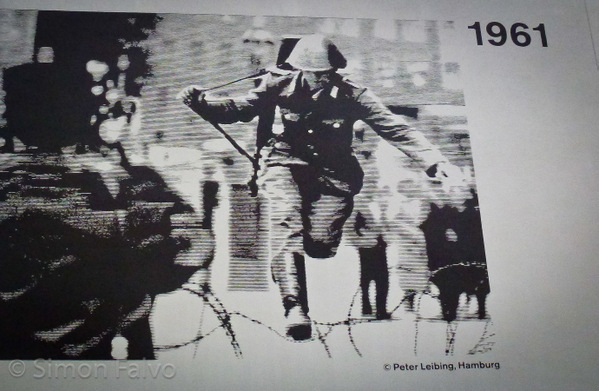 I visited Berlin more than 20 years ago, at a time when the world was so different.

The Berlin Wall, built in August 1961 by the German Democratic Republic to isolate East Berlin from the ‘evil’ West, had just fallen but the division between Western and Eastern Germany was still in place. Checkpoint Charlie marked the border and only a few steps after crossing the border it was a totally different environment.

I was wondering about the scars of WWII in Berlin, repeating myself that We Shall Never Forget

Memories tend to fade over time, still, I kept the image of crumbling houses, of people with a sad look in their eyes and a general sense of poverty. Somehow Berlin remembered me of my journey to Prague in 1980, although at least in what would soon become Germany capital the ‘dark age’ was almost finished.

Back to Berlin in 2012, I was excited with anticipation, curious to see how what once was a divided city was looking like. Most of all, I was wondering about the scars from WWII, the memory of the horrors inflicted on the Jewish population, the bombings, the division after the end of the War.

Whenever my thoughts are going back to that terrible time, I can’t help repeating myself that We Shall Never Forget.

Berlin is a city vibrant with life, culture and joie de vivre. The German capital made an impressive turnaround, keeping, however, traces of its dark past in a number of Museums and Memorials (called Mahnmal).

Our friend Yvonne, an awesome travel writer living in Berlin, led us to Bernauer Strasse and the Berlin Wall Memorial. Along the street, a line of markers shows where once stood The Wall, while a huge graffiti on a façade representing the running  soldier Conrad Schumann fleeing to the West remembers the many attempts – most of them leading to death – to escape for which Bernauer Strasse was tragically famous.

On the top of the Berlin Wall Memorial, on the balustrade overlooking the area, old images show the drama which followed the construction of The Wall, when houses were evacuated and doors and windows of the buildings lining the border were bricked up.

Gleis 17, the start of the ‘journey to hell’ for thousands of Berlin Jews

Boards across the Historical Site illustrate and explain what happened in this torn apart street, the sufferings, and desperation. But I wasn’t feeling like reading. I didn’t want to experience this tragic site with my mind, rather with my heart. There would be time to study afterward.

Another Memorial,a few steps from the place where I was staying, in Grunewald. It is called Gleis 17, which means Track 17. From here, starting at the end of 1941, departed most of the trains for the deportation of Berlin Jews, first to the Warsaw and Lizmannstadt ghettos, then to Theresienstadt and Auschwitz concentration camps.

Along Gleis 17, a line of plates remembers the people deported to hell until 1945. Men, women, children. While I walked silently along the track, I wondered if at least a few of them survived. And once again, I thought that We Shall Never Forget.

Have you ever visited a site evoking the horrors of the war? How did you feel? I hope you’ll share your thoughts and experiences.